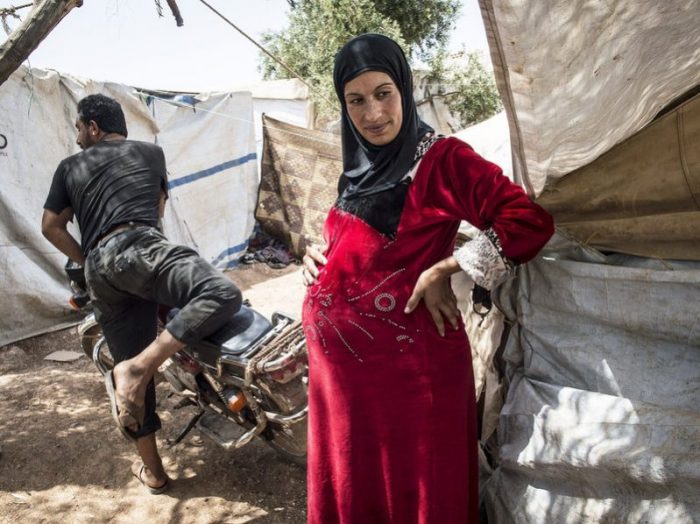 As luck would have it, Falafel was one kilometer away in the Ahvaz region where four gunmen killed a dozen or so IRGC commanders and soldiers who were in a parade celebrating the anniversary of the Iraq War of 1980-1988. Falafel interviews Ahvaz IRGC Commander.

Rushing to the scene with half a kubideh kebab platter still in his hand, Falafel interviews Ahvaz IRGC commander instrumental in killing the four gunmen who attacked the parade.

IRGC Commander (mum about his name): Four terrorists attacked our brothers in the stand looking over the parade. Some of our brothers marched in the parade itself.

Falafel: Do you know the IRGC soldiers who died in the attack?

IRGC Commander: I served with all of them around the globe.

Falafel: Can you tell me who they were?

IRGC Commander (pointing to one dead bloodied soldier still clinging to his AK-47): Ali here served in Syria. He once, singlehandedly, killed four Syrian pregnant women foraging for food in Homs in less than three minutes. He was really attached to his Shaher sniper rifle.

IRGC Commander: Hassan here served in Syria too. He was amazing at building barrel bombs. His record of 1 minute 23 seconds still stands unbeaten after some 18,000 barrels the Assad regime built and dropped on civilians.

IRGC Commander: Hussein here, pointing to another bloody mess, served in Iraq. His job was to assassinate any Arab Iraqi who spoke ill of Supremo Khamenei. Someone told me he has, under his belt, over 645 Iraqis in the span of six months. A real hero.

Falafel, still scribbling feverishly, encouraged the commander to go on.

IRGC Commander: Ismail, the one with his mouth open, served nowhere. He just dressed in IRGC garb to intimidate his neighbors. No one could touch him because he paid Qassem Suleimani monthly Baksheesh.

IRGC Commander: Do you see that man wearing a burned-out American flag? That is Jaafar. He served in Iraq. He placed all the IED’s that killed many of the American soldiers. No one knew him better than a hot IED in his hand.

Falafel: What about this woman over there?

IRGC Commander: This one was responsible for interrogating women civilians in Syria. She used to insert live mice in their vagina for the fun of it. The IRGC extracted lots of good information from her tactics to fine-tune her torture methods. A real sociopath IRGC hero.

IRGC Commander: Next to her lies Hadi. He was a civil engineer with a degree in a diploma we created in Iran called “Silent Tunneling”. For every tunnel he built for Hamas, he married one of their women. Someone told me he has 328 children from some 123 wives.

Falafel: Any of them served in Lebanon?

IRGC Commander: Yes. Mahdi over there. The man was the real brain behind killing Rafik Hariri in 2005. Imad Mughnieyeh was a novice compared to Mahdi. Ayatollah Khamenei will miss him the most. His last mission was to chart the road for Barack Obama to conceal the true reasons for the Iran Deal. He came back with pictures sleeping in the Lincoln bedroom at the White House.

Falafel: Any of them did not commit an atrocity other than Ismail?

IRGC Commander: Cannot think of any. Oh, wait. Do you see that dead guy with his flyer open?

Falafel: What did he do?

IRGC Commander: His job was to rape Arab Sunni women to bear Shiite children. He loved his motorcycle.

Falafel: What about you commander. What was your last mission?

IRGC Commander: My job was to prepare sarin gas to drop on Syrians.

Falafel could not finish his kebab. This IRGC outfit made him sick to his stomach.