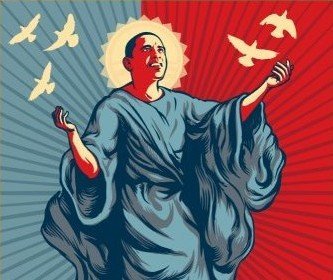 Gods, please deliver us from Obama and Kerry

Is it inconceivable to hypothesize that President Obama delivered this message to Secretary John Kerry after WMD use by Assad became a source of embarrassment for him?

“John, get the Syria problem resolved. I don’t care how but I want it off the radar screen because it is too distracting from my job here at home”.

As a result, John Kerry comes up with a kiss and make-up peace plan he believes will bury the 1,400-year-old hatchet between Sunnis and Shia that recently re-surfaced in Syria because of mistakes his boss Barack Obama committed.

So typical of arrogance and naivete when mixed to offer grand solutions based on unrealistic and high expectations.

Our Secretary of State has been waiting too long to join the Executive Branch and now that he is in the center of it all, just watch for the mistakes to pile-up alongside with the corpses of the innocent and the hapless.

Maybe the words “high expectations” are a gift in this context.

However, not to be over simplistic, maybe Kerry & Co. at NEA will propose an agenda that would divert the attention away from these toxic issues by suggesting confidence building measures through tackling first the least problematic concerns. Concerns like ambulance routes to assist the injured or a one-hour cease fire once a week to bury the dead on both sides.

In this case, let us say the conference lasts one or possibly two days without a hitch (No walkouts or sudden gunfights). If it happens, it will afford John Kerry to have his day in the sun and to make outlandish remarks to the press he has been waiting for all his life now that he is an Executor.

When Kerry makes his statement to the press, think along these lines if we may hypothesize once again:

“We have seen today that Sunnis and Shia are able to meet and discuss serious matters when cooler heads prevail. This may yet provide both sects with a process to heal their differences.”

Ya, right. Go John Kerry. The savior of Islam.

Just make sure to have your earplugs handy at that moment because you truly would want to miss Kerry speaking.

Incidentally, we predict that this statement takes place while Sunnis and Shia battle each other in Lebanon. Kerry will of course ignore this little distraction to make his grand entry.

The President asked him to get Syria off the radar screen and Kerry decided that the best and shortest way is to hand over the Syrian people back to Assad just so Obama does not get distracted. Over 80,000 Syrians killed because of Assad, and Kerry thinks Syrians should go back to obeying his butcher dictator friend.

This comes on the heels of his boss delivering the Syrian opposition to the Islamists in the Muslim Brotherhood, which certainly rallied all the minorities around Assad to strengthen his position, placed Israel on the defensive, and gave Iran all the excuses in the world to join the battle in Syria.

A prayer to all the gods out there, alive or dead: Can you please deliver us from President Obama and Secretary Kerry. These men are walking disasters for all humanity.

Gods, please deliver us from Obama and Kerry