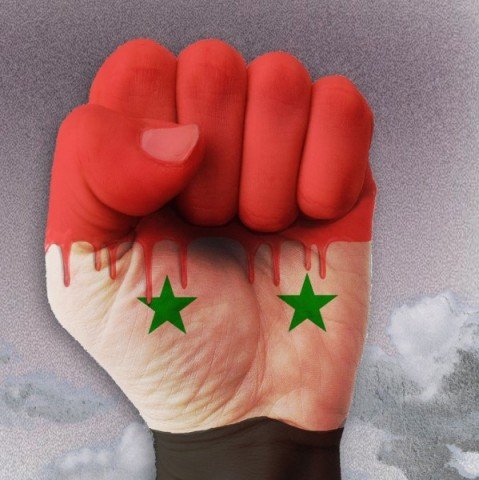 Obama has presided over a moral and strategic disaster in Syria

July 31, 2014 4:03 am 0
Assad Sentencing Another Assad? Are You Kidding?
Submitting the Syrian People to Assad the Butcher
Asma Honey, Where is The Money?

Source: The Pittsburgh Post Gazette – by Michael Gerson (Obama has presided over a moral and strategic disaster in Syria)

For every dissident and defector I’ve encountered, there is a moment when observation begins to feel like complicity — when remaining a bystander involves culpability.

Caesar — a pseudonym — was a photographer in the criminal and forensics department of the Syrian military police. “My job on a daily basis was just regular accidents, burnings, drownings, routine things,” he recently told a group gathered at the Holocaust Memorial Museum in Washington, D.C.

In late 2011, as the Syrian uprising intensified, his routine changed. Caesar was sent to the morgue at a military hospital to photograph the bodies of prisoners arriving from 24 regime intelligence branches and military units. Soon there were 50 to 60 mutilated, emaciated corpses coming each day — so many they were kept in storage rooms and parking lots. “Some victims were brought alive to the morgue and killed,” Caesar recalled.

Caesar was involved in archiving the pictures of corpses taken by all the military photographers. “Pictures of children,” he said, “pictures of the elderly, pictures of women. I saw pictures of my own neighbors, from my own village.” They were images not of terrorists but of a broad, populist movement.

He decided he “could no longer take part.” But when he approached the opposition to defect, he was urged to stay, continue his work and smuggle out the archive on thumb drives. The result is 55,000 high-resolution photographs taken of more than 11,000 victims between September 2011 and August 2013.

The corpses, variously, bear marks from being chained; their eyes have been gouged; there are dark spots left by electric shocks; most are gaunt from starvation. The pictures can’t be generally distributed, because Syrians might recognize family members they still think are alive.

The corpses in the photos are carefully identified by three numbers: their own identification number, the number of their medical pathology report and the number of the intelligence unit where they died. Why would the Syrian regime keep such meticulous records?

Caesar describes it as part of a bureaucratic routine in which “the higher-ups got proof their orders were carried out.” It is also the type of practice — witness Nazi Germany or the Soviet Union — employed by a government completely unconcerned with eventual accountability because it believes it will win. As the Syrian regime assaults Aleppo, the last major city contested by the rebels, this belief is not unreasonable.

The Syrian conflict will be remembered as a strategic watershed for American foreign policy. When the rebellion was a broad, non-radical uprising — the dead in Caesar’s photos — President Barack Obama did almost nothing to help. When radical groups gained momentum, it became an excuse for further inaction, because America didn’t want to create jihadists. We got the jihadists anyway, who are now causing regional havoc.

At every stage, Mr. Obama defended his policy with false choices and flanking attacks on straw men: Any critics of his minimalism wanted Marines in Damascus. And when he eventually adopted the policy recommended by many of his critics — aid to the responsible rebels — it was very late. Mr. Obama has consistently complained about American powerlessness in Syria and, through risk aversion and delay, has ensured that powerlessness.

This is both a strategic and moral disaster. The one good thing that came out of horrors of the Rwanda genocide in 1994 was President Bill Clinton’s shame and apology. It created a consensus that action in such cases was required, eventually expressed in the doctrine of an international “responsibility to protect.” A genocide awareness movement sprang up. A U.S. Atrocities Prevention Board was created.

The Rwanda consensus has now been undone. After Syria — in which mass atrocities and war crimes are vast, systematic and continuing — the “responsibility to protect” seems utterly meaningless.

Mr. Obama embraced the narrowest possible definition of American interests in Syria — the elimination of chemical weapons — which has nothing to do with civilian atrocities by other means. If his Syria policy is the model or norm for future presidents on atrocity prevention, no atrocity will ever be prevented. And the anti-genocide movement is relatively quiet about it all.

There are believed to be tens of thousands of Syrians currently imprisoned by the Assad regime. As of now, their captors have little reason to fear exposure, even by the photographic evidence of systematic murder.

This is the problem with impunity for mass atrocities. It encourages future horrors, which create cycles of terror and revenge, which destabilize whole regions and generate new threats. Which is why atrocity prevention is a core national security interest.

Michael Gerson is a syndicated columnist for The Washington Post ([email protected]).

Obama has presided over a moral and strategic disaster in Syria