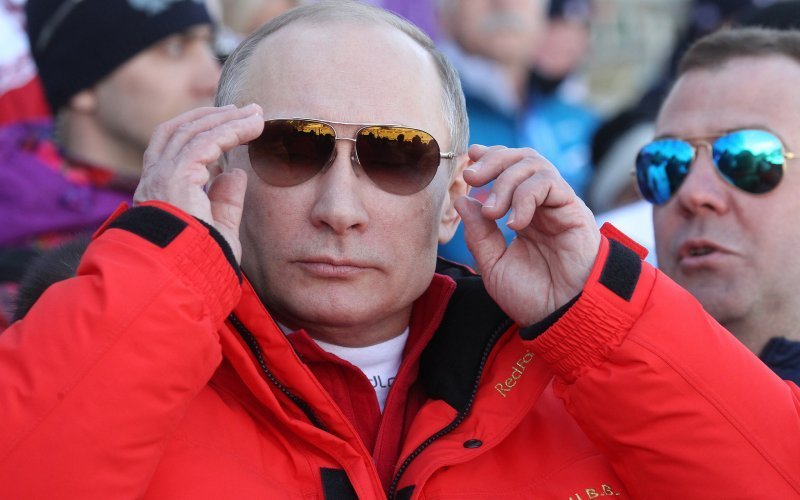 February 25, 2016 7:26 am 0
Give Syrians a Chance, Give Israelis a Break
The Good, the Powerful, and the Abused
How Assad Uses the Syrian Fleet?

This year marks the 25th anniversary of the collapse of the Soviet Union and the rebirth of Russia. One of the most remarkable features of that rebirth was the rapid creation, after 70 years of Soviet repression and atomization, of Russia’s vast, vibrant and effective civil society. The history of the human rights movement in Russia is also the story of my life, because I was a dissident in the Soviet era and today proudly chair the Moscow Helsinki Group, the oldest human rights organization working in Russia.

In the 1990s, our country was poor, and rights groups could find hardly any funding in Russia. We were fortunate to have Western donors who supported our work. Even as Russia got back on its feet, thanks largely to a dramatic rise in oil prices, it still wasn’t easy to find financial assistance in Russia for human rights work. There were many reasons for this, not least of which was that potential donors did not want to risk the Kremlin’s wrath by supporting potentially sensitive causes. And let’s face it, human rights work can be sensitive.

During Vladimir Putin’s 15 years in power, the Kremlin has attempted to cast human rights values as alien to Russia — especially in the wake of events in Ukraine two years ago. Criticism of the government has come to equal disloyalty or, worse, treason. Under a law adopted in 2012, more than 100 groups that receive even small amounts of foreign funding have been branded “foreign agents” — which in Russia can only mean “traitor.”

It’s not only that the Kremlin and state-controlled media have poisoned the public mind against independent groups in this way. There are also real legal consequences for leaders of civic groups, including up to two years in prison if they refuse to comply with the law. Dozens of groups are tied up in lawsuits with the government. Many have had to close. The Justice Ministry recently accused Memorial, a leading human rights organization, of using foreign funding to harm Russia and asked the Prosecutor General’s Office to investigate.

Another part of this anti-foreigner witch hunt was last year’s law banning “undesirable” foreign organizations that supposedly undermine Russia’s defense, security or constitutional order. But the real target is still Russians: Those of us with ties to these “undesirables” risk up to six years in prison. The aim is to isolate us and deepen the divide between Russia and the West.

It wasn’t long before Russian senators asked the Prosecutor General’s Office to ban 12 organizations as “undesirable.” The list included donors who helped Russian groups get off the ground 25 years ago and remain a crucial source of support to this day. First the National Endowment for Democracy was banned, followed a few months later by the Open Society Foundations. The MacArthur Foundation and the Charles Stewart Mott Foundation were also on the list and decided to stop their Russia work, citing the increasingly hostile political climate. I could not have been sadder. These foundations had done so much to help my country.

Now only a pitifully small number of donors remain willing to continue funding human rights work in Russia. It’s easy to understand that. All donors want to see results from their investments, but what results can be expected here, when a new kind of iron curtain seems to be lowering? Who wants it on their conscience if the leader of a group they are supporting is imprisoned, or worse?

Several years ago, my organization stopped accepting foreign funding because I felt I couldn’t ask my team to take the risks that came with the label of “foreign agent.” But I fully support my colleagues in the human rights movement who have courageously withstood the legal and political onslaught.

I don’t have answers to the hard questions. But I refuse to abandon hope.

So do the hundreds of activists who are putting everything on the line — their freedom, their families — to continue human rights work in Russia. They’re fighting for the values that attracted Western aid in the first place. Donors need to find ways to support them. Surely they have faced bigger challenges elsewhere in the world. Surely the project of defending freedom in Russia is worth pursuing while there are Russians willing to stand up for it.

At a meeting a few months ago, I asked Putin directly to repeal the ugly “foreign agents” law. I told him that the government should not accuse us of something for which we are not guilty. He has not yet acted on my request. Call me foolish, but I can still hope. If I were to meet today with all the Western donors who have invested in human rights in Russia, I would praise them for the confidence they had in us 25 years ago, at the hopeful beginning, and plead with them not to abandon their Russian partners now that the going has gotten tough.

It’s the Cocktails, Stupid!
Give Syrians a Chance, Give Israelis a Break
How Assad Uses the Syrian Fleet?
Opinions 1017 Putin Terror 436