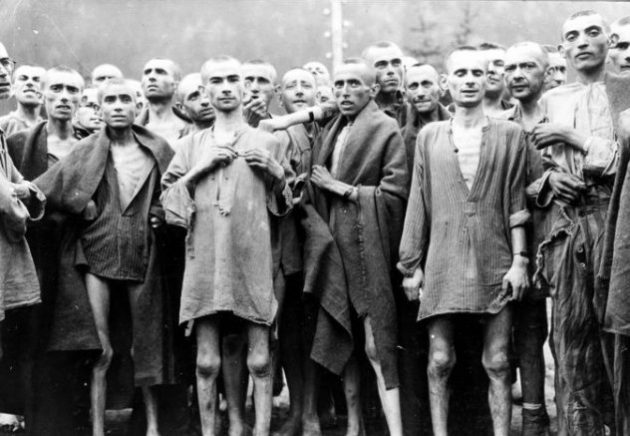 To Save the Jews, Let Hitler Win

March 9, 2018 9:31 pm 0
US State Department Syria Human Rights Report 2017
Is Assad preparing for dismissal of his crimes?
We Need an ICJ Ruling on Syria

Max Boot has written a really nasty article in the Washington Post entitled: “To Save Syrians, Let Assad Win“. It would be no different than to write, in 1942, an article entitled: To Save the Jews, Let Hitler Win, or, in today’s contemporary environment, write: To Save the Israelis, Let the Iranian Mullahs Win.

One can make an argument for either one of these statements if one is perched on top of a tree singing to the far sounds of cannons and sarin gas attacks. Max Boot must think he is pretty smart in suggesting Assad should win just to save us from his terror. The man has no clue what it means to live under the barbarism of a psychotic mass murderer. I dare him to visit one of Assad’s prisons for a month-long stay. Let’s see how fast he will change his tune.

Leaving Assad in control of three-quarters of Syria will be a bitter pill to swallow. He is not only a war criminal but also a threat to Israel — as long as Assad remains in charge, Iran will attempt to establish military bases in Syria. But Israel can defend itself, and we missed our best opportunity under Obama to oust Assad. Now we have no choice but to accept the grim reality — Assad is going to win — while trying to ameliorate the worst excesses of his murderous reign.

O.K. Max Dalai Lama, we get your humanity. Really do. You want Assad to win to save us from his terror.

Honestly, your nobility and your support of the Syrian people are overwhelming.

How would you like to read an offensive article entitled: To Save the Jews, Let Hitler Win?

For Max Boot to suggest Syrians should simply accept Assad shows just how ignorant he is of the people of Syria and the events unfolding inside the country.

He seems to have completely forgotten what happens after Assad wins. Let’s analyse this question for a moment the scholarly Mr. Boot seems to have forgotten to address or even contemplate.

Will there be enough prisons and torture chambers to lock the secular and the moderate Syrians who fought against him and whom Assad fears the most? “Hmmm, I don’t know. I’m sure there will be enough” answers this brilliant scholarly mind.

Will Iran, after Assad win, just send an olive branch to Israel or a school of missiles? “Hmmm, I did not think about this question” answers this genius of a man.

Will Russia, after Assad wins, submit to the U.S. because it feels it lost the war if Assad wins? “Hmmm. I suppose so” answers Max Boot as the one and only Jeanne Kirkpatrick turns in her grave.

Will Hezbollah, after Assad wins, feel compelled to arm less and threaten Israel less? “Hmmm. Nasrallah may feel remorse and shame. Yes, I see this happening.” argues Max Boot who thinks history awaits the likes of his pen.

Max Boot is a shortsighted scholar. He certainly has no business telling Syrians what is good or not good for them because he does not truly understand us. He, like so many other ignorant people, think all Syrians are Sunni extremists Assad should exterminate. He bought into the Assad/Khamenei propaganda that it’s either Assad or ISIS. What kind of a scholar does that?

Imagine an American journalist writing an article for the Washington Post: To Save the Israelis, Let the Iranian Mullahs Win. If it happened, hell would break loose across the land. But such titles, against the people of Syria who did not suffer enough yet, coming from Max Boot seem to be O.K. with the Washington Post and its editorial staff.

It’s not only that “Democracy Dies in Darkness”, WaPo should revise its motto to read “Humanity and Democracy Die in Darkness. We, Sometimes, Contribute to the Darkness.”

As if the Syrian people have not suffered enough. Shame on all of them.

To Save the Jews, Let Hitler Win