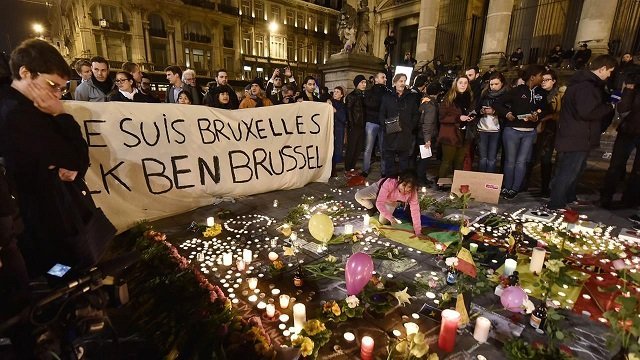 At least two American citizens have been confirmed killed in this week’s attacks in Brussels, a U.S. official says, as Secretary of State John Kerry is visiting the city to express his condolences to the Belgian people. Two Americans killed in Brussels terror attacks are two too many.

At least nine Americans, including three Mormon missionaries, a US Air Force lieutenant colonel and five members of his family, have been injured in the Brussels terrorist attacks.

They were among the near 200 people hurt in the suicide bomb blasts in Belgium’s capital that have left at least 34 dead.

The State Department is still trying to confirm whether any other citizens were caught up in the blasts, and expect the number of American casualties to increase.

Speaking after meeting with Belgian Prime Minister Charles Michel, Kerry said the “United States is praying and grieving with you for the loved ones of those cruelly taken from us, including Americans, and for the many who were injured in these despicable attacks.”

He did not give a specific number but a senior official said the families of two Americans had been informed of their deaths in Tuesday’s attacks. The official, who was not authorized to speak to the matter publicly and spoke on condition of anonymity, did not have further details.

Secretary of State John Kerry on Friday pledged further U.S. help to Belgium and the EU in tackling Islamist militant threats after Tuesday’s suicide bombings in Brussels and a U.S. official said two Americans were among the 31 dead.

Belgium has drawn international criticism for security lapses in the run-up to the bombings in Brussels airport and a metro station which, in addition to the 31 dead, injured around 270 people. The U.S. official declined to name the Americans killed until their next of kin had been notified.

AP and Reuters contributed to this report.