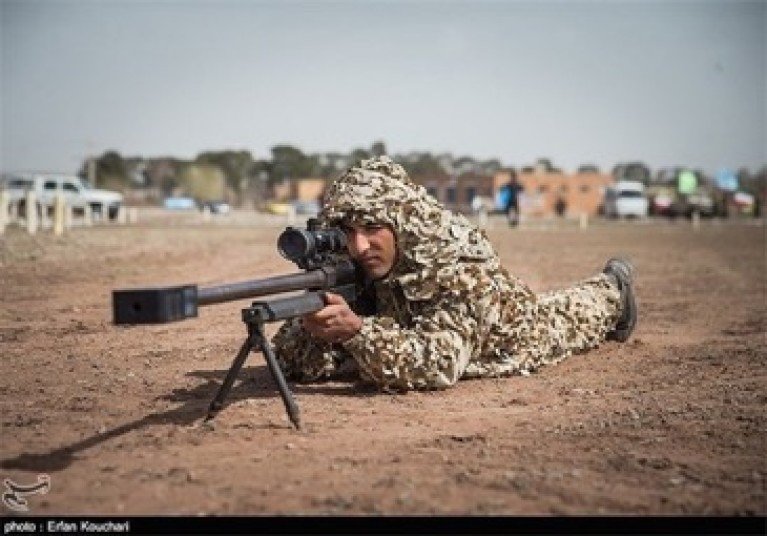 March 26, 2016 6:27 am 0
Muslims and Christians Form a Joint Army
What Happened to the Legendary Syrian Army?
Collapse of the Assad Syrian Army is Imminent

Army forces – in this case, commandos and snipers of the Rapid Response Battalions – will have operated outside Iranian borders since the Iran-Iraq War of the 1980s.

The Islamic Revolutionary Guard Corps’ (IRGC) military presence in the country is well-documented, but the announcement denotes the first time Iran’s Army has formally contributed to military operations in Syria, which has been an IRGC-led campaign since Tehran first began sending significant resources to the country four years ago.

Iran’s decision to integrate Army special forces into major foreign operations underscore its commitment to hone its expeditionary capabilities. In fact, the Army’s involvement in Syria may have begun several months ago, as the head of its ground forces did not deny a report of an Army helicopter spotted flying from Iraq to Syria in December.

The Army was Iran’s primary military force prior to the 1979 revolution. The IRGC, on the other hand, was established after the revolution as a praetorian guard charged with protecting the revolution and balancing against a coup by the Army, which the clerics viewed with suspicion for its prior ties to the monarchy. The two institutions have been rivals ever since. The Army is a traditional military organization, while the Guard pursues asymmetric and “revolutionary” warfare. Each has its own ground, navy, and air branches.

Since 1979, however, the clerics have marginalized the Army in favor of the IRGC. The Guard receives better equipment and funding, even though it is only one-third in size (150,000 men compared to 350,000). It now dominates Iran’s military affairs, producing almost all of the senior officers in the General Staff. Still, the Army is not totally irrelevant.

The Army, for example, appears to be responsible for securing Iran’s western border with Iraq. The army’s ground forces commander announced in mid-March that his team and intelligence apparatus had neutralized two Islamic State infiltration cells and suicide vests at the border. The ground forces also reportedly deployed troops, helicopters, and drones to border crossings to provide security for 800,000 Iranian pilgrims to Iraq in December 2015.

The newly announced Army deployment to Syria and Iraq represents a departure from its constitutional mission to protect Iran’s territorial integrity. And while there have been no reported sightings – or casualties – of Army troops yet in Syria or Iraq, the deployment announcement came after the warring parties in Syria agreed to a cessation of hostilities last month.

February’s cessation of hostilities agreement means Iran no longer needs the 2,500 troops with which it launched last month’s offensive in northern Aleppo to cut off the main rebel supply route from Turkey. Iran has reportedly kept 700 military “advisers” in Syria. Announcements of IRGC fatalities in Syria have continued since the ceasefire announcement. Despite reports that Iran is drawing back its deployment in Syria, therefore, this week’s announcement is merely a reflection of Tehran reconfiguring its forces in the country to reflect changing conditions on the ground.

Long War Journal contributor Amir Toumaj is an Iran research analyst at the Foundation for Defense of Democracies.

Collapse of the Assad Syrian Army is Imminent
Muslims and Christians Form a Joint Army
What Happened to the Legendary Syrian Army?
Iranian Terror 588 Syria News 1202