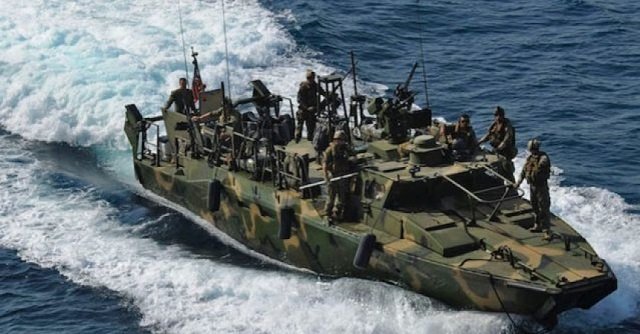 Shame fills Americans watching terrorists humiliate our President. This is the honest truth.

Put aside the politics, the disagreements over policies, the va et vient every American experiences as our nation faces normal everyday adversity.

Put aside the divisiveness we all feel today, or the unity we all need to answer the call of duty.

Put aside who won what debate, and whose ideas we feel represent our aspirations and will.

The sight of our U.S. Navy sailors being paraded on Iranian TV while our President remains mum about the trespassing of our enemies makes every American shrink with shame. Shame fills Americans watching terrorists humiliate our President whether we agree with him or not, whether we like him or not. Shame pierces morale like an arrow pierces a heart. Obama, because of his lack of action to defend the honor of this nation, is spreading this shame virus, which is poisoning our souls.

The last time Americans felt that sickening malaise, that feeling of powerlessness and utter insignificance was in 1979 when Iran, once again, held 52 American diplomats hostages for 444 days. For those of us who were old enough to understand what America meant to our world, none of us would ever forget November 4, 1979 when another appeasing U.S. President shattered our world with his fearful approach to evil.

We sat back with silence enveloping our hearts and fear on our faces not understanding why Jimmy Carter would permit an evil and weak nation to make us all feel shame. Why would a leader do this to his country, to his people we asked.

Americans, by nature, are an ill-prepared specie to accept defeat and shame. Our DNA refuses to bow down to terrorism, violent dictatorships, and injustices around the world. We rise together as one nation to save a dog or a fish from harm’s way. No other nation has a bigger heart beating in its chest. No other nation gives far more than it receives until those receiving humiliate our President. This is when we draw the line. A line Barack Obama does not seem to understand how it is weaved in the fabric of this nation. Obama does not understand that his actions have humiliated every American, not just The Office.

No matter the spin and the number of people who will come to his defense for one reason or another, history will not be kind to this President the way history is not kind to Jimmy Carter. Obama is following in the footsteps of Carter without realizing how tormented Americans feel for letting Iran step on our pride and self-respect.

Imagine the state of mind of our armed forces today. How does an Air Force pilot fighting terror every day in Syria and Iraq feel when he/she watches their fellow Navy men and woman humiliated by a third world country while their President remains mysteriously aloof and fearful. Leaderless and ashamed is what our brave soldiers feel. They deserve better.

America leads the world whether we like it or not. This means sometimes we have to go to war to protect and serve our purpose and destiny. It means it is our responsibility to elect leaders who will keep America strong and proud, not those who cannot lead, express fear the moment difficulties arise, and refuse to acknowledge who the terrorists are.

We need to elect leaders who will defeat terrorists like the Mullahs in Iran, not make deals with them while they humiliate every American in this great nation of ours.