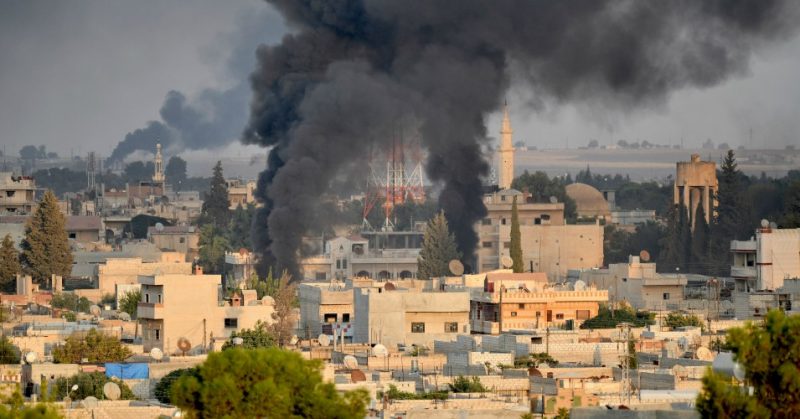 The US Warned Turkey of Consequences Over Syrian Assault

October 11, 2019 4:58 am 0
For Putin to Gain More Clout, Syrian and Turkish Armies Must Clash
Kremlin Basks in the Glory of Trump Plans
ISIS Excuse Fosters Syrian Occupation and Oppression

On Thursday, the US warned Turkey it faced consequences at the United Nations if its assault against Kurdish militias in northeast Syria did not protect vulnerable populations or contain Islamic State militants.

U.S. Ambassador to the United Nations Kelly Craft, speaking after a closed-door meeting of the U.N. Security Council on Syria, did not specify what those consequences could be.

Failure to play by the rules, to protect vulnerable populations, failure to guarantee that ISIS cannot exploit these actions to reconstitute, will have consequences.

Turkey pounded U.S.-allied Kurdish militia in Syria for a second day on Thursday, forcing tens of thousands of people to flee. The death toll is mounting as Turkish troops fight in close proximity the Kurds in Ras al-Ain.

The 15-member Security Council met at the request of Britain, France, Germany, Belgium and Poland. In a joint statement, the European states called on Turkey to stop its military action.

Renewed armed hostilities in the northeast will further undermine the stability of the whole region, exacerbate civilian suffering and provoke further displacements.

No western nation sees the benefit of repatriating Syrians to their homeland because they fear Turkey’s Islamist influence. Instead of an autonomous region led by the Kurds, in its place might rise an enclave governed by the Muslim Brotherhood of Syria. Just as Hamas governs Gaza.

Trump denied he had abandoned the Kurdish forces, the most effective U.S. partners in fighting Islamic State (ISIS) in Syria. He then made the claim the Kurds did not help the United States during WWII.

Turkey told the U.N. Security Council in a letter on Wednesday that its military operation in northern Syria would be “proportionate, measured and responsible.”

The operation will only target terrorists and their hideouts, shelters, emplacements, weapons vehicles and equipment. All precautions are taken to avoid collateral damage to the civilian population.

Turkey justified its action under Article 51 of the U.N. Charter, which covers an individual or collective right to self-defense against armed attack.

The U.N. Security Council is discussing a U.S.-drafted statement, but it appeared unlikely they could reach an agreement. Consensus usually drive such statements.

It should take into account other aspects of the Syrian crisis not just the Turkish operation. It should speak about the illegal military presence in that country.

The US Warned Turkey of Consequences Over Syrian Assault