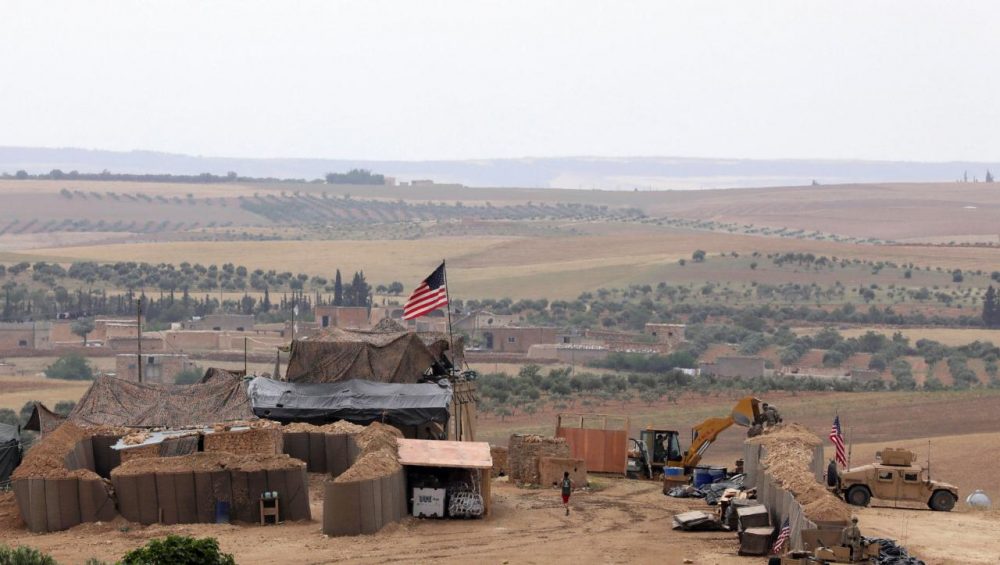 US Troops in Syria Came Under Artillery Fire

US troops in Syria came under artillery fire from Turkish positions on Friday but none were wounded, the Pentagon said, an incident that highlights the risks to U.S. troops as Turkey wages an offensive against U.S.-allied Kurdish militia.

The explosion occurred within a few hundred meters of a location outside the Security Mechanism zone and in an area known by the Turks to have U.S. forces present.

DeWalt said that the U.S. accounted for all its troops after the incident near Kobane, Syria, late on Friday.

U.S. troops have not withdrawn from Kobane, he said. A U.S. official, speaking on the condition of anonymity, said a small number of U.S. troops had moved away from the outpost temporarily after the artillery fire, but are still in the general area and expect to be back.

KURDS FIRE FROM NEAR A US BASE

Turkey’s Defense Ministry said it had taken all measures to ensure that it did not damage the U.S. base, while it responded to harassment fire. Mostly originating near a U.S. base close to Kobane.

“The firing was ceased as a result of the issue being relayed to us by the U.S.,” the ministry said in a statement.

U.S. forces have had a successful partnership with Kurdish YPG militia in Syria to oust the Islamic State group.

“The U.S. demands that Turkey avoid actions that could result in immediate defensive action,” DeWalt said.

Turkey’s Defense Ministry said there was no firing on the U.S. observation post. It added that it fired in response to an attack on its military posts south of the town of Suruc, across the border from Kobane.

The Chairman of the Joint Chiefs of Staff General Mark Milley told reporters at the Pentagon earlier on Friday that the U.S. told Turkey of U.S. positions in Syria, “down to explicit grid coordinate detail.”

THE RIGHT FOR SELF-DEFENSE

Top Pentagon officials stressed the need for Turkey to avoid doing anything to endanger U.S. forces inside Syria. Prior to the Turkish incursion, the U.S. troops numbered about 1,000. Although U.S. troops had no intention of firing on Turkey, a NATO ally, the Pentagon noted they had the right to defend themselves.

“Everyone is fully aware that we are the United States military. We retain the right of self-defense,” Milley said.

Turkey’s offensive began days after U.S. President Donald Trump spoke by phone on Sunday with Turkish President Tayyip Erdogan. He, then, ordered the U.S. troops to move out of the way.

U.S. military officials denied accusations by lawmakers and policy analysts that the Trump administration had abandoned its allies. Turkey says its aim is to defeat the Kurdish YPG militia, which is linking with insurgents in Turkey.

US Troops in Syria Came Under Artillery Fire