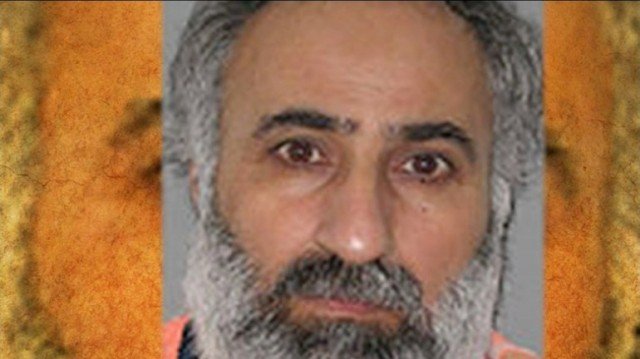 Carter said Abu Sayyaf, also known as Mohammed Shalabi, “was killed during the course of the operation when he engaged U.S. forces.”

He said none of the U.S. forces was killed or injured during the raid.

Abu Sayyaf was involved in the extremist group’s military operations and helped direct its illicit oil, gas and financial operations, Carter said in a statement.

Although Sayyaf was not taken alive, U.S. forces did capture some of his communications equipment, sources familiar with the operation told CNN.

A U.S. defense official said the raid was conducted overnight Friday (Friday evening Washington time) by a team of Army Delta commandos who flew from Iraq into eastern Syria aboard V-22 Osprey aircraft and Blackhawk helicopters, the Associated Press reports.

Upon arrival at the target, which was a multi-story building, the Americans met stiff resistance. A “fairly intense firefight” ensued, including hand-to-hand combat, said the official, who spoke on condition of anonymity because he was not authorized to discuss details of the raid by name.

“The operation represents another significant blow to ISIL, and it is a reminder that the United States will never waver in denying safe haven to terrorists who threaten our citizens, and those of our friends and allies,” Carter said.

The White House said in a separate statement that ISIL’s oil and operations are “a key source of revenue that enables the terrorist organization to carry out their brutal tactics and oppress thousands of innocent civilians.”

The Defense secretary described Sayyaf’s wife, Umm Sayyaf, as a suspected member of ISIL who played an important role in its terrorist activities “and may have been complicit in what appears to have been the enslavement of a young Yezidi woman rescued last night.”

The Yezidis, who follow the ancient religion Yazidism, were targeted by Islamic State militants when the extremists began to take over large parts of Iraq and Syria. Thousands fled the area, but many were captured by ISIL.

The National Security Council said in a statement that Umm Sayyaf was taken to Iraq for interrogation.

In an odd twist to the unfolding story, Syrian state media earlier reported that Syrian forces had killed at least 40 ISIL fighters, including its “oil minister,” in an attack on Syria’s largest oilfield in Deir al-Zour, according to Reuters. The oil official was identified as Abu al-Taym al-Saudi.

The report said he had been killed in a special operation in the Omar oilfield, which Islamic State captured from rival insurgents last July.

It was not immediately clear why both Syria and the U.S. would claim a similar operation in the Omar oilfield. The U.S. has said it is not cooperating with President Bashar Assad’s government in the battle against the Islamic State group, the Associated Press reported. But it says it usually gives Damascus a heads-up on operations within its borders.

The NSC statement said President Obama authorized the operation upon the “unanimous recommendation” of his national security team.

Asked about the timing of the U.S. and Syrian announcements, NSC spokeswoman Bernadette Meehan said the U.S. government did not coordinate with the Syrian government or advise it in advance of the operation, the AP reported.

“We have warned the Assad regime not to interfere with our ongoing efforts against ISIL inside of Syria,” she said. “As we have said before, the Assad regime is not and cannot be a partner in the fight against ISIL. In fact, the brutal actions of the regime have aided and abetted the rise of ISIL and other extremists in Syria.”

What a Syrian woman to do?
The Kweiris Assad Graveyard
Pope dispatches envoy to Iraq
Radicalism 567