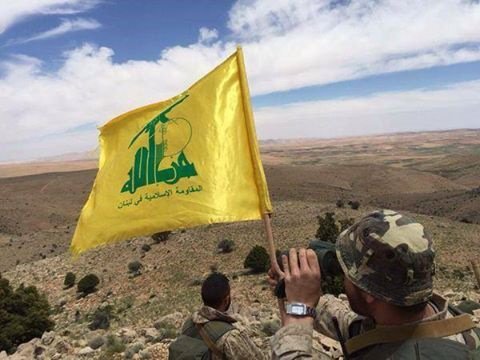 May 17, 2015 5:16 am 0
The Future of the Alawites and the Orthodox Christians in Syria
Kurds razing of villages amounts to war crimes
Frustrated Allies Discover Imposturous Chicago Politics

In the last two months, Syrian rebels fighting the Assad regime have achieved considerable success on the battlefields.

In the north, a newly unified rebel force called the “Jaish al-Fateh” succeeded in capturing Idlib, a provincial capital, and much of the surrounding territory up to Jisr al-Shugur, a strategic town that overlooks Assad’s Alawite territories. The rebels capture more towns.

The rebels also besieged some 250 Assad loyalists hunkering down in a hospital in Jisr al-Shugur.

In the south, another rebel alliance dubbed the “Southern Front” has slowly captured more territories in the Daraa province, and consolidated their holdings around a number of contiguous villages. The rebels in Daraa have a clear path that would lead them straight into Damascus. The rebels capture more towns in the south as well.

The gains achieved in the north and the south have opened divisions within the top echelons of the Assad regime. There is ample evidence suggesting that Assad’s inner circle, mostly composed of powerful intelligence strongmen, are turning on each other.

Last month, General Rustum Ghazaleh, chief of the Political Security intelligence branch, died in a hospital after he was assaulted physically by men loyal to the military intelligence chief General Rafiq Shehadeh. Another strongman, Ali Mamluk, has been held under house arrest. The regime attempted to deny the claims by showing Mamluk with Assad welcoming an Iranian official in Damascus.

Earlier this week the Telegraph disclosed that Ali Mamlouk, the head of the National Security Bureau, had been placed under house arrest. He had reportedly made contact with Turkish intelligence, possibly without Mr Assad’s authority.

In the meantime, Hezbollah has deployed a new international PR campaign aimed at propagandizing its gains in Lebanon. The New York Times picked it up and described it this way:

Hezbollah, the Lebanese Shiite militant group that is also Lebanon’s most powerful political party, has been on something of a media blitz over the past week, seeking to counter the impression that its grinding campaign in Syria is going badly after battlefield losses for its ally, the Syrian government.

Why would Hezbollah exert such effort? Because it is having a hard time recruiting willing fighters to battle Syrians. The body bags have been piling up and Hezbollah has reached a point of recruitment fatigue it needs to overcome for the terror organization to hope to survive in a post civil war Syria. The rebels capture more towns means Hezbollah needs to recruit as well as ISIS does.

This new media blitz has but one aim: To regain control of Hezbollah’s domestic recruiting needs. Relying on Shia mercenaries from Pakistan and Afghanistan has proven to be a mistake because of the motivation factor no mercenary can match with any Syrian fighter protecting his home.

Shia families in Lebanon are revolting the same way that the Alawite families in the Sahel region are. This war in Lebanon has nothing to do with resistance so well propagated by Hezbollah’s PR machine. If Israel is the enemy, Shia in Lebanon are asking: What the hell are we doing in Syria?

They ask even though Nasrallah has appeared on al-Manar TV to assert that without Assad Hezbollah would cease to exist.

Many Lebanese Shia believe Syria could do as well as Lebanon if it embraced the Lebanese political system. Thus, they reason, Assad is the problem, not the Syrian people.

Iran is leading Obama by his nose
Who is not fighting whom in the Middle East?
Iranian Agent of Death in the Levant
Radicalism 567