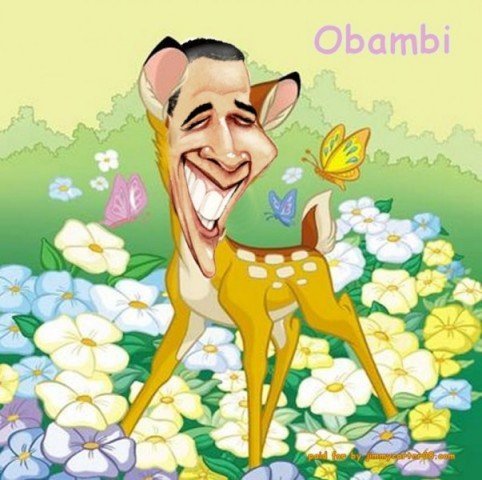 How Obama is being played

We all know the repercussions of Syria?s civil war has spilled over into neighboring countries where fighting now is edging Iraq towards a civil sectarian war and pressure on both Jordan and Lebanon masks catastrophic results. However, what few know is the long-term goals of Iran Mr. Obama has become a full and participating partner in achieving.

Assad killing the moderate Syrians the US can rely upon one day to govern Syria, while ignoring the extremists he needs to fear monger the west with, and al-Maliki disfranchising Sunnis who worked hand-in-hand with the US during the Iraq War is part of a grand scheme the Iranian regime is deploying to dismantle all US influence in the region.

It is not enough that US troops are abandoning Iraq all together, Iran wants all US friends, all US allies, and any potential future US partners decimated too. The calls for negotiating with Saudi Arabia are just a ruse Iran deployed successfully to anesthetize Washington further. I suspect they will accelerate that process, by partially agreeing to Saudi demands for a clear agenda, to keep Obama in line.

To achieve its aims, Iran will collaborate with anyone with the same passion for anti-American terror to include its sectarian archrival Hamas. For the leadership in Iran, first and foremost is the quick exit of American influence from the region on a permanent basis.

This administration, from the US State Department senior leadership all the way up to the White House, is playing right into Iranian hands through the hollow process of negotiations. The utter ignorance of those in power today in the US is simply astounding. I believe Ambassador Ford may have witnessed it firsthand and it may be the real reason why he resigned.

For Iran, negotiations are nothing but a diversion the US is falling for and the Mullahs are using to feed into the rhetoric of isolationism. At this stage, if this US President does not dial back quickly, he may yet confront the nightmarish scenario of finding America?s best ally in the poisonous enmity of the Mullahs.

How Iran is playing a clueless Obama is nothing short of amazing. In the name of un-exceptionalism and isolationism, America is following a trail leading it to total disaster.

The real test for the US is coming up quickly.

The calls by some, to include bollixed conservative voices, to jump into Iraq to hold the line on advancing ISIS/ISIL forces has all the attributes of Iran asking America to fight its wars. Nothing would please the Mullahs more than to see US soldiers die, US funds dissipate, or US materials defend Iran from their nemesis.

If you read anything resembling a call for arms against ISIS/ISIL, check the sources carefully. They are either stupid or, worse yet, acting for Iran.

ISIS/ISIL is dangerous only if their fighters score a decisive win against al-Maliki, the IRGC, and Hezbollah, which will soon join the fray. The US must concentrate on keeping them busy fighting in Iraq against Iran and in Syria against Assad, which, indirectly, will keep them off Israel?s back, the European Continent, and American shores.

Providing al-Maliki with US materials to defeat ISIS/ISIL, in the name of declaring Iraq to be safe under Obama, is a self-defeating errand that will haunt Obama as much as his red line on Syria is haunting him today.

We lost Syria because of Obama?s inexperience, but we cannot afford to lose American influence in the region. If the US can tire ISIS/ISIL, the IRGC, Hezbollah, and Assad in one big flagrant and borderless civil war, then the US has a chance to turn the tables on its enemies.

Otherwise, I am sending Mr. Obama Rosetta Stone?s Persian App for his upcoming birthday. Maybe it will help him read the Mullah?s lips.