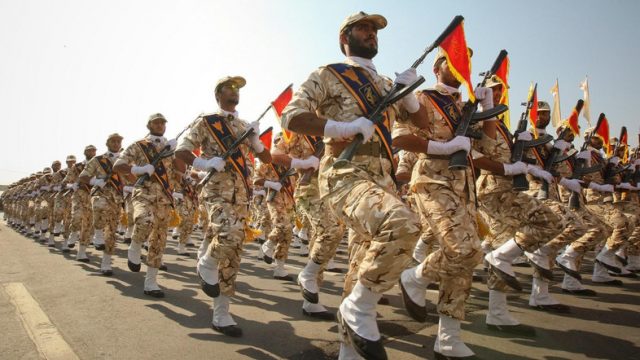 We heard pundits scream “Hell no” over arming Syrian rebels for fear their weapons may fall in the wrong hands. We also heard the same pundits scream, on another occasion, “Bloody hell”, let us weaken Iran by removing Assad from power using the necessary brute force. Seriously, betting on an extended Syrian war helps Iran seek the 12th Imam.

Considering the circumstances, this is like betting on the two boxers facing each other to win the fight.

If the purpose to bet on both boxers at different times is to tire them to death, consider the Iran-Iraq war in the early eighties. Did Iran and Iraq come out weaker or stronger? Iraq invaded Kuwait and it took a considerable war machine to dislodge Saddam and his troops, something that is no longer available until maybe past 2023 (The same Vietnam to Desert Storm time differential as the Liberation of Iraq to the next war), and Iran accelerated its program over control of terror with great success.

If the idea is to keep both sides fighting each other in Syria, how is that different from the Armageddon the Ayatollahs are chasing! No wonder Iran is winning by recruiting more fighters using the same logic. Since when the hawkish views of so many have come to assist the hawkish views of the Ayatollahs in directing the very traffic they need for the Armageddon to reveal the 12th Imam?

Betting on an extended Syrian war helps Iran to seek the rise of its 12th Imam.

By not defeating Assad promptly, we are falling in Iran’s trap on two fronts. We are assisting them in leading to Armageddon, which will encourage more recruits and more terror as well as helping them sustain the very assets to lead it another time should they fail now.

Be careful for what you wish for if the goal is to eradicate Islamic extremism. We believe betting on an extended Syrian war helps Iran to seek the rise of its 12th Imam.

Further, a Middle Eastern magnificent Cosimo Medici-like figure, pious but also an anti-Sharia liberal, will lead the reform of Sunni Islam, not an Armageddon. Unfortunately, no such hope in any Arab ruling family today. They are part of the problem, not the solution. The Shia are far ahead of Sunnis in terms of rising reformists; but first, Assad and Iran must be defeated to permit them the environment to enlighten the Shia of the region, something that will help Sunnis as well.

The reason why the voices of the pundits are so contradictory and so confusing is that the President of the United States is so absent, so indecisive, and so unwilling to step up if the risks are not fully mitigated first in favor of his personae and legacy.

Waiting for the problem to go away has become the hallmark of Mr. Obama’s presidency and that is why the US Congress is pressing all the buttons on all the scandals rocking Washington, not willing to wait for any transparency.

We do not know of any other President who used time so efficiently to make a problem go away instead of tackling it as part of his Constitutional duties. President George Bush never escaped facing the responsibilities of his Office, nor did VP Cheney who confronted them immediately and with vigor.

Just imagine for a moment if 9/11 happened on Mr. Obama’s watch. What Islamic terror?

If the American people wanted their problems to remain unresolved, they would have voted for John Kerry in 2004.

Speaking of John Kerry, do you think he will show-up for his Geneva 3 Peace conference? If only he could understand the core nature of authoritarian regimes, maybe he will save himself much embarrassment in the future.

We can see a caricature of John Kerry asking everyone to join him in Geneva while a semi-hidden Ayatollah hands him a bomb with a lit fuse. That’s John Kerry.