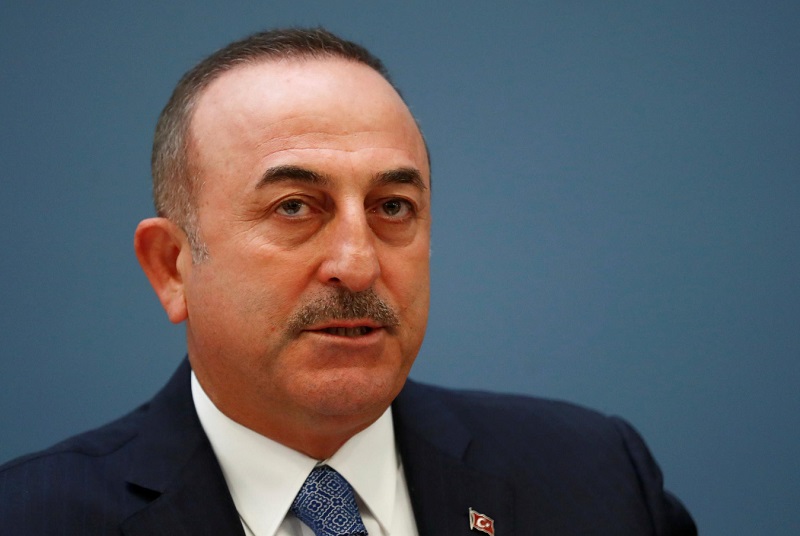 Ankara Will Launch a Military Operation in Syria

July 22, 2019 7:35 am 0
Turkey Blames Kurdish Terror for Car Bombing
Kremlin Basks in the Glory of Trump Plans
Pentagon Threatens Turkey Over the Kurds

Turkey’s Foreign Minister Mevlut Cavusoglu said on Monday that if Turkey and the US do not agree on establishing a safe zone in northern Syria, and if threats continue against Turkey, Ankara will launch a military operation in Syria east of the Euphrates river to contain the US-backed YPG.

Turkey has been in talks with the United States over establishing a safe zone across its border in northeast Syria. The region where the United States supports the Kurdish YPG militia. Ankara sees the YPG as a terrorist organization.

In an interview with broadcaster TGRT Haber, Cavusoglu also said he hopes both countries can reach an agreement. Ambassador James Jeffery, Syria’s envoy, is visiting Turkey for talks.

Ankara wants YPG fighters to withdraw from the border area. Washington wants guarantees that Turkey will not harm its Kurdish-led allies.

Ankara is choosing its timing to coincide with the US President hesitating over upping the military ante against Iran. Turkey knows that with the upcoming US elections in 2020, Washington will not embark on any military campaigns. President Trump has delivered many speeches touting his negotiations talents. To our allies and our enemies, this is code for non-intervention.

Cavusoglu said on Monday that talks with the United States on the safe zone have slowed. He added that Turkey had told Washington that it should not use the fighting in Syria’s northwestern Idlib province as a pretext for disregarding the proposed safe zone further east.

Cavusoglu repeated Turkey’s frustration that a deal with the United States for the withdrawal of YPG forces from the town of Manbij the US refuses to implement more than a year after both countries agreed to its implementation. He warned that Turkey will act unilaterally if talks on the safe zone stall.

If the safe zone is not established and threats towards our country continue, we will launch the operation in the east of the Euphrates. The Americans sent Jeffrey and said there were new proposals in the talks that will start today. We hope an agreement can be reached on this. Concrete steps are needed on this now.

Ankara Will Launch a Military Operation in Syria