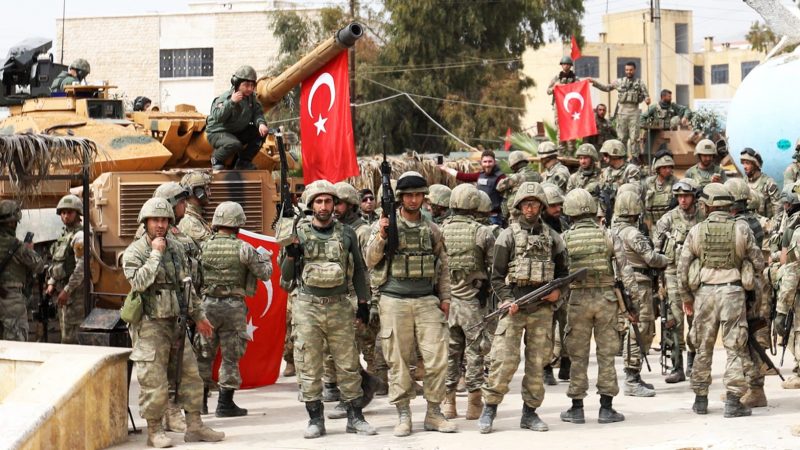 Turkey US Confrontation: Who Would Win?

Tensions between the United States and Turkey are rising to a boiling point. Turkey US confrontation seems inevitable over the US insisting on carving out territories in northeast Syria to accommodate the Kurdish-controlled Syrian Democratic Forces (SDF). The SDF has won, with US help, against ISIS the same way Assad has won against the liberal Free Syrian Army (FSA) rebels with Russian help.

ISIS rose to prominence in Syria for three reasons. 1) Assad fostered and helped ISIS, while decimating the liberal forces of the FSA, to show the world who his alternative might be. 2) Barack Obama refused to aid the Syrian civilians from the Assad slaughter machine. 3) Barack Obama deliberately helped Shiite Iran gain a larger foothold in majority-Sunni Arab world.

If you think Obama was a good US president, you are a victim of his spin. Obama, himself, realized his own horrible mistakes a tad too late to correct them. Forget Syria, just think Russia.

Turkey views Kurdish aspirations on its south-eastern borders as a major threat to its national security the same way the United States saw al-Qaeda as a major threat post the 9/11 terror attack. Since 1984, the history between Turkey and the PKK has been written in blood and tears.

If the possibility of a military confrontation between the US and Turkey looks real, there are two major elements we must take into consideration.

For one, President Trump, who dodged serving in both Korea and Vietnam, is a classic non-interventionist. His repeated Tweets about pulling out of Syria and Afghanistan, and his refusal to punish Iran for hijacking several oil shipping tankers, show a disengaged president, not one looking for a new battlefield.

Considering that Erdogan is slipping in the polls, such a military confrontation might just help his ratings

The same is not true for the Turkish President Recep Erdogan who has not demonstrated a non-interventionist streak.

Secondly, the Turks fully support a war against the Kurds. In fact, it will unit them the way 9/11 united all Americans. Considering that Erdogan is slipping in the polls, such a military confrontation might just help his ratings.

The opposite is true in the United States where the majority of Americans are against any wars of any kind; especially not one in the Middle East. The deep wounds of the Iraq War have not healed yet, and may not for a very long time.

JUST LIKE OBAMA, TRUMP LOOKING OUT FOR TRUMP ONLY

Regardless of the risks to US interests, Trump is looking out for Trump in the 2020 elections. Even if he has some support in the US, this president is as much a coward as his predecessor was. Look at how he ignored Iran hijacking several oil tankers after he repeatedly threatened it.

From the onset of this Turkey US confrontation, Trump is in reverse gear. Erdogan, on the other hand, has the full support of the Turkish people to rev the country’s military engine. As it stands today, it’s advantage Turkey on the basic minimum requirements required to go to war. A Turkey US confrontation plays more in the hands of Erdogan than Trump.

And Erdogan knows it all too well.

Kiss the SDF goodbye. Nothing that could sit on a scale opposite Trump’s desire to win the elections is worth another war. Certainly not the SDF, or even the re-emergence of ISIS.

Turkey would win this one.

Turkey US Confrontation: Who Would Win?