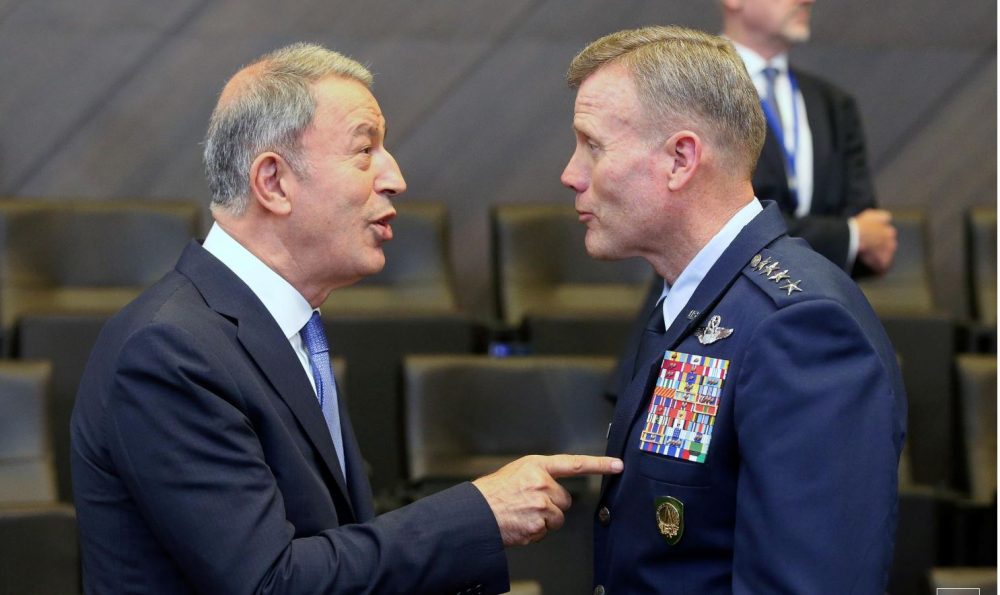 Tensions Between US and Turkey Recede

August 8, 2019 6:58 am 0
CIA Drones in Syria? Word of Caution to the Wise
Syrian-American Stands Accused of Terrorism on US Soil
Syrian Assad poses bigger threat than Isis, warns thinktank

Turkey and the United States agreed on Wednesday to establish a joint operation center in Turkey to coordinate and manage a planned safe zone in northeast Syria, a move that appeared to reduce the chance of imminent Turkish military action. In effect, tensions between the US and Turkey recede.

The two countries gave few details of the deal. It followed three days of talks between military delegations and months of stalemate over how far the safe zone should extend into Syria and who should command forces patrolling it.

The proposed zone aims to secure a strip of land stretching more than 400 km (250 miles) along Syria’s northeastern border with Turkey. The Kurdish YPG militia control much of the land today, The YPG fought ISIS on the ground with the US assisting through aerial bombardments.

Ankara sees the YPG as a terrorist organization. Thus, it poses the country a grave security threat. Repeatedly, Turkey has demanded that the United States sever its ties with the Kurdish militia.

Turkey has twice sent forces into northern Syria in the last three years to drive back YPG and Islamic State fighters from the border. On Sunday, President Tayyip Erdogan said a third incursion was imminent to target the YPG.

Speaking at a news conference in Ankara on Wednesday, Erdogan said that talks with the United States had progressed in a “really positive” direction.

The process regarding the safe zone would begin with the operation center being formed, he said.

What really mattered here was the issue of this step being taken on the east of the Euphrates, and this is now being realized together with the Americans.

The two NATO allied countries said they agreed on the “rapid implementation of initial measures to address Turkey’s security concerns”.

They also said the safe zone should be a “peace corridor,” and that every effort would be made so that Syrians displaced by war could return to their country.

Neither side said whether they had overcome two main points that had divided them.

Washington has proposed a two-tier safe zone, with a 5-kilometer (3-mile) demilitarized strip bolstered by an additional 9 km (5.6 miles) cleared of heavy weapons – stretching in total less than half the distance into Syria that Turkey is seeking.

Turkey has also said it must have ultimate authority over the zone, another point of divergence with the United States.

The Turkish Defense Ministry said it would be giving no further details for now of the agreement.

He said Turkey’s plans for a military deployment there were complete.

But we said we wanted to act together with our friend and ally, the United States.

Three Turkish officials who spoke to Reuters this week had expressed impatience over the talks. All three warned that Ankara was ready to act on its own.

On Tuesday, a U.S. Defense Department report warned about a revival of Islamic State in Syria’s northeast.

The report is critical of the withdrawal from Syria. It said:

The partial (U.S.) drawdown (has) occurred at a time when these fighters need additional training and equipping to build trust with local communities and to develop the human-based intelligence necessary to confront resurgent (Islamic State) cells and insurgent capabilities in Syria.

Tensions Between US and Turkey Recede