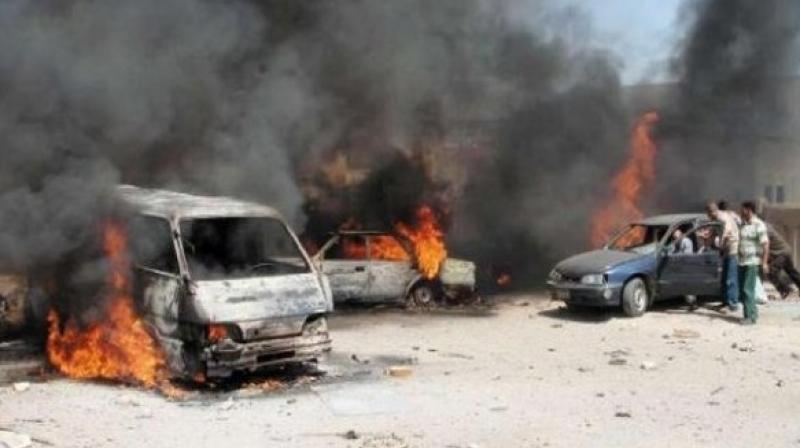 November 16, 2019 8:38 am 0
Syrian Oil Fields are off Limits to the Trifecta Terrorists
Trump Keeps Half Pregnant Presence in Syria
Turkey Incursion to Dislodge the Kurds, Establish a Sunni Mini-State

On Saturday, Turkey accused Kurdish forces for a car bomb attack that killed 18 people and wounded more than 30 in the northern Syrian border town of Al-Bab.

Turkey-backed opposition fighters took control of al-Bab and Afrin during previous military offensives in 2016 and 2018.

Northern Syria has been hit by several explosions that have killed and wounded scores of people over the past month. That’s since Turkey began a military operation against Kurdish fighters in the wake of President Donald Trump’s decision to pull the bulk of American troops out of northern Syria.

Turkey’s state-run Anadolu news agency said that the attack damaged several cars and buildings. In addition to the loss of life and the wounded.

Turkey and its Syrian rebel allies have so far mounted three separate offensives in northern Syria. All three targeted the Islamic State and the YPG Kurdish militia seizing areas along its border. They launched another offensive against the YPG in northeastern Syria last month.

Ankara views the YPG, the main component of the U.S.-backed Syrian Democratic Forces (SDF), as a terrorist group linked to the outlawed Kurdistan Workers Party (PKK) that has waged a decades-long insurgency in Turkey. In the past, the PKK applied similar terror tactics against Turkey.

In a statement on Twitter, the Defense Ministry said the YPG had detonated the car bomb in the Al-Bab bus terminal:

The United States condemned Turkey’s latest offensive after President Trump gave President Erdogan the green light to invade northeastern Syria. Other Western allies said the assault could hinder the fight against Islamic State in Syria. Turkey has dismissed the concerns, saying it will continue to combat Islamic State.