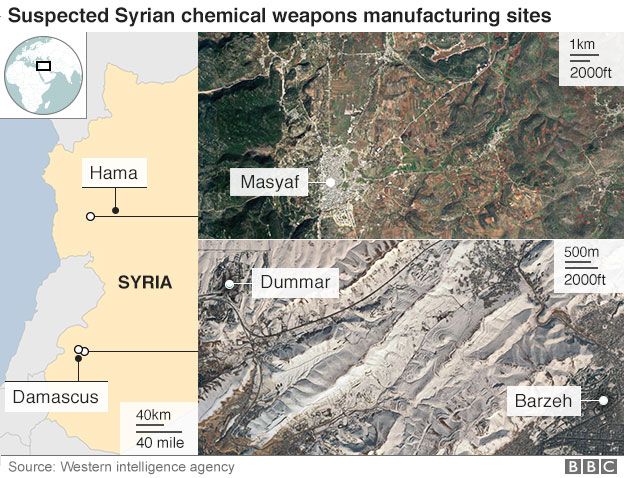 There is this wishful thinking inside the Assad circles that claim his regime of terror has won the Syrian civilian war.

These people believe that, with Russia and Iran on their side, it is just a matter of time before the regime takes back control of the territories it lost, since 2011, to a myriad of fighting groups supported by even a larger myriad of countries. In the meantime, US strikes Assad forces and Israel strikes his factories.

For all intended purposes, ISIS has been defeated. In Syria, at least.

Today, ISIS is terrorizing the Philippines and has been successful recruiting new fighters from Trinidad and Tobago, the small caribbean island.

But, ISIS is no longer in Syria thanks to the United States and its determination to eradicate this cancer of suhuman terror.

This means Assad and Russia can no longer claim they are bombing ISIS when in fact both have been systematically bombing civilians in East Ghouta and in the Idlib province. Their bombs, delivered by air and missiles, have taken the lives of hundreds of Syrian civilians the last week.

Assad has even used chemicals, again, on his own people. Mainly women and children. The coward.

His regime went even further when it attacked forces backed by the U.S.

The U.S. Special Forces, operating in the area, retaliated when US strikes Assad forces and their positions. These regime forces could well have been Iranian IRGC fighters or pro-Iranian militants. Probably armed, cocky, and deadly because of the billions Barack Obama released to Iran.

Consider this: Our money is being used to strike those we support in Syria. Obama never belonged in the White House. A professorial tenure at a college would have suited him better and served our nation far more. The wimp.

In conjunction with the U.S. retaliating against forces loyal to the butcher of Damascus, Israel attacked this morning military installations and factories that were involved in manufacturing sarin gas. Some depots were hit in Jamraya, a region where Assad has gas producing facilities manned by the Scientific Studies and Research Centre (SSRC). If so, scientists operating within proximity of the strikes may have be rotting in hell already. That should scare the rest of them.

The war in Syria is far from over. Assad is far from winning more than few battles here and there. He cannot win the war because the dynamics of what emerges from his win are too frightening to consider.

Israel has 100 strikes inside Syria under its belt. Strikes that were carried out against not-so-robust defense systems Russia seems to have erected from a heap of scrap metal. We can assure you, more strikes will be forthcoming.

The United States, under President Trump, is not going to let Assad win the war. His win is our loss, which was not so obvious to his wimpy predecessor. Also, expect more retaliatory or offensive strikes by the United States against the regime and its Iranian ally.

Next time Assad claims he won the war, pose and wonder what he is smoking.