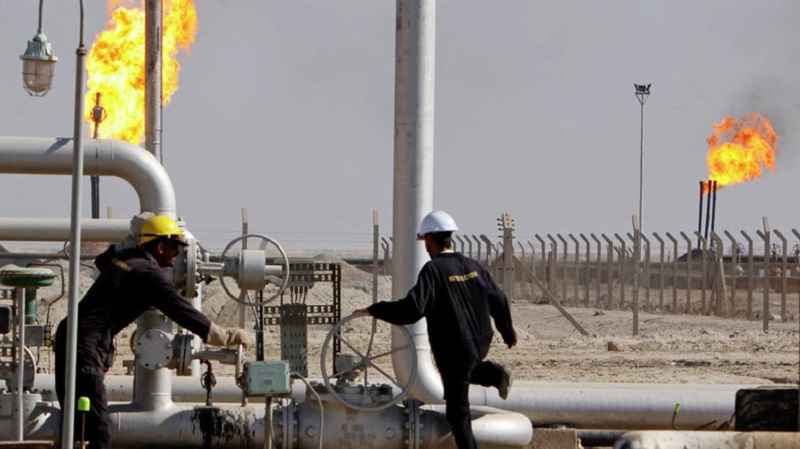 Assad Is Angry Over His Inability to Steal Syria’s Oil

Since Hafez al-Assad came to power in 1971, his regime has been stealing a big portion of Syria’s oil for his own personal bank account. Just like every Arab dictator in the region. Apparently, as of now, officially at least, his son Baschar can no longer practice that trade. Assad is angry over his inability to steal Syrian oil because the Kurds just struck an agreement with a U.S. oil company to harvest it for their community.

Syria’s foreign ministry said on Sunday that an American oil company had signed an agreement with Kurdish-led rebels who control northeastern oilfields in what it described as an illegal deal aimed at “stealing” Syria’s crude.

Honestly, it’s quite funny for a thief to accuse others of “stealing”.

The oil belongs to all Syrians, not just the SDF. This agreement just started a new civil war after this civil war.

OIL BELONGS TO ALL SYRIANS

A ministry statement, published on state media, did not name the firm involved in the deal with the Syrian Democratic Forces (SDF), an alliance that seized swathes of north and east Syria from Islamic State with U.S. help.

A U.S. senator and Secretary of State Mike Pompeo had referred to an oilfields deal between the SDF and a U.S. firm during a Senate Foreign Relations Committee hearing on Thursday.

“Anyone but Assad” sounds about right. However, the SDF will use the proceeds to push for the creation of Kurdistan, but who will fund the impoverished Syrian people? Once again, it seems they end up with the consolation prize of foreign governments offering “sweet words” and “sincere sentiments”. Sometimes. even support for a “U.N. fund raising”.

The oil belongs to all Syrians, not just the SDF. This agreement just started a new civil war after this civil war.

Assad anger over the loss of oil revenues through an agreement neither he nor his allies can rescind shows the irrelevancy of Assad, Khamenei, Putin, and Erdogan.

When Assad decided to kill Syrians who dared to challenge his rule, the last on his mind were today’s war results. For one, he is not in control of Syria no matter what anyone tells you. On a daily basis, freedom fighters and hardcore Islamists attack his troops causing many casualties. Second, Assad never dreamed he could lose the big fortune he inherited from his father courtesy of his oil raids. Third, he never planned for a moment when the United States could freeze his economy to the point of desperation that was amply exhibited by his rift with his cousin Rami Makhlouf.

Neither did his “desert rose” stop to advikse him. Instead of spending her time online shopping.

All in all, Assad is not sitting pretty. His anger over the loss of oil revenues through an agreement neither he nor his allies can rescind shows the irrelevancy of Assad, Khamenei, Putin, and Erdogan. Of course, when Assad gassed women and children, he did not take to a pencil and paper to project all the scenarios his terror might launch. One more reason for Russia to abandon Assad.

All the miscreant can do is kill. Thinking for him  comes later, much later.

Assad Is Angry Over His Inability to Steal Syria’s Oil