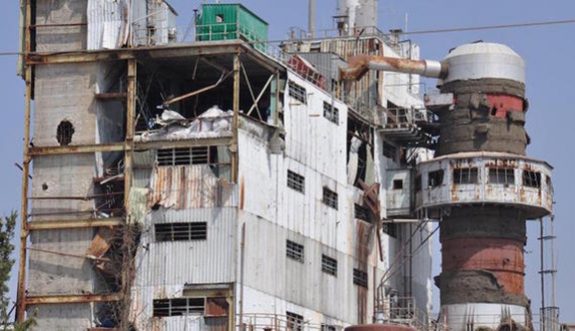 What Stolen Goods Transferred to Turkey?

It seems someone plundered some factories in Aleppo and delivered its stolen merchandise to Turkey. We do not suspect it will be anything but the kind of merchandise of high interest to those watching Assad’s terror. WMD? Rocket technology? Uranium? What stolen goods transferred to Turkey?

Apparently, it jerked Assad so much that he filed a formal complaint at the UN.

The Syrian Arab Republic calls on the Security Council and the Secretary-General to condemn clearly these destructive acts of terrorism and do what is required to hold accountable their perpetrators, as well as those states and regional and international powers that stand behind them.

This certainly peaked our interest. Now, we can just sit back and wait for Obama to leak it. It is almost inevitable if it served his purpose. He will not if it did not serve Iran’s purpose.

When a Syrian pilot defected to Jordan with his MIG in June of 2012, the Assad regime was adamant about the return of the MIG. It turned out for a good reason. The Russians have modified the MIG to deliver WMD in an unmanned fashion.

Such a humanitarian gesture on the part of Russia’s Putin. Is it any wonder Russia, with Putin hopping from one helm to another to make a mockery of the Democracy he has laid claim to, has become the front for all terror?

Plundering factories in Aleppo that either might contain illegal merchandise or might have harmed Assad’s family interests is exactly what the United Nations was formed to investigate. Especially for mass murderers, killers, and torturers.

What Stolen Goods Transferred to Turkey?