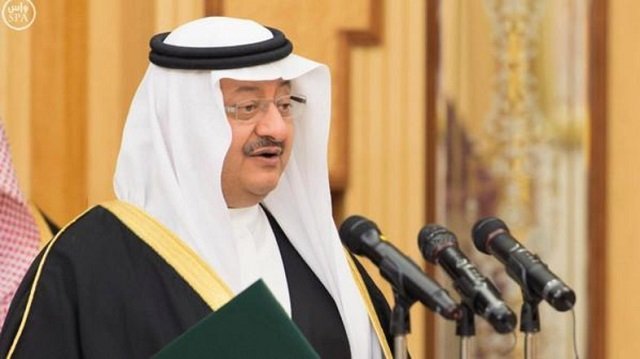 Saudi Arabia Should Recall Its Ambassador to the US

In his eighth year as US President, Barack Obama has nothing to lose by exposing the real purpose of his policies, which have been to empower terrorism in the Middle East. Terrorism that is harming US interests and those of our allies. As such Saudi Arabia should recall its Ambassador to the US to object to Obama providing Iran with every material and moral support to include abandoning Syria to the terrorists in Tehran and Damascus.

In the past eight years, Barack Obama has engaged with, or provided support for, every rogue regime around the globe bar none. Study his policy towards Syria and how it evolved from backing US interests to backing terrorists to understand fully his true intentions. The evolution is a masterpiece of deception.

Arab countries suffering from Iranian terror should seriously consider confronting Obama’s policies by recalling their Ambassadors to the United States. These Ambassadors play a very important role in coordinating with the US to battle the terror of ISIS and al-Qaeda. Without them, Obama would find his administration sailing blind. If Obama is intentionally unleashing terror upon the region, such a move would force him to reconsider certain aspects of his policies if those who help protect the US from terror chose to protect themselves from Obama’s terror.

We are not calling for sharing of intelligence to stop to combat terror, but we are calling for the Arab countries to poke Obama where it hurts the most in the hope he comes to his senses.  The man is on a mission to destroy Israel and the Arab countries, and if hundreds of thousands of innocent civilians die along the way and Arab countries become victims of his policies, so be it. He could care less about what might happen to those countries Iran is threatening with destruction. Saudi Arabia should recall its Ambassador to the US H.E. Abdullah al-Saud.

His emissary, John Kerry, is on a mission to destroy whatever is left of Syria by insuring Assad’s survival. So much so, he threatened the Syrian opposition to form a unity government with the butcher Baschar al-Assad, which is tantamount to asking the Jews to form a unity government with Adolph Hitler as their leader. This train wreck must stop immediately, and the best way is for Saudi Arabia to recall its Ambassador H.E. Abdullah al-Saud back to Riyadh to object the recklessness of John Kerry and Barack Obama.

If Saudi Arabia does not respond to John Kerry’s threats against the Syrian opposition, both Obama and Kerry will push for whatever Iran asks them next. Standing up to Iran starts and ends with Syria. Now the battle has become to stand-up to the fecklessness and cowardice of John Kerry and Barack Obama.

Saudi Arabia Should Recall Its Ambassador to the US