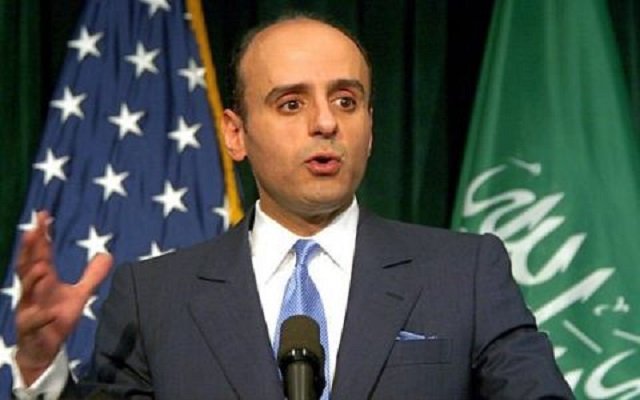 March 9, 2016 2:24 pm 0
Saudi Benevolence Should Not Shock Anyone
Saudi Arabia is Preparing for a War With Iran
Are Saudi Arabia and Turkey Preparing to Confront Russia in Syria?

Saudi Arabia and other Gulf monarchies could turn a page and build strong relations with Iran if it respects them and stops “meddling” in their affairs, Foreign Minister Adel al-Jubeir said Wednesday. Saudi Arabia shows its diplomatic face.

This turn around comes on the heels of Turkish Prime Minister Ahmet Davutoglu’s visit to Iran, which was considered a success by both countries.

“If Iran changes its way and its policies, nothing would prevent turning a page and building the best relationship based on good neighborliness, with no meddling in the affairs of others. There is no need for mediation” in such a case, said Jubeir, whose country severed all links with the Islamic republic in January after crowds attacked the kingdom’s diplomatic missions in Iran.

Jubeir said relations with Tehran had deteriorated “due to the sectarian policies” followed by Shiite-dominated Iran and “its support for terrorism and implanting of terrorist cells in the countries of the region.”

“Iran is a neighboring Muslim country that has a great civilization and a friendly people, but the policies followed that the revolution of (Ayatollah Ruhollah) Khomeini have been aggressive,” he said.

Jubeir was speaking after a meeting for Gulf foreign ministers and their counterparts from Jordan and Morocco.

Sunni powerhouse Saudi Arabia and fellow Gulf nations also accuse Iran of supporting Shiite rebels in Yemen, as well as attempting to destabilize their own regimes.