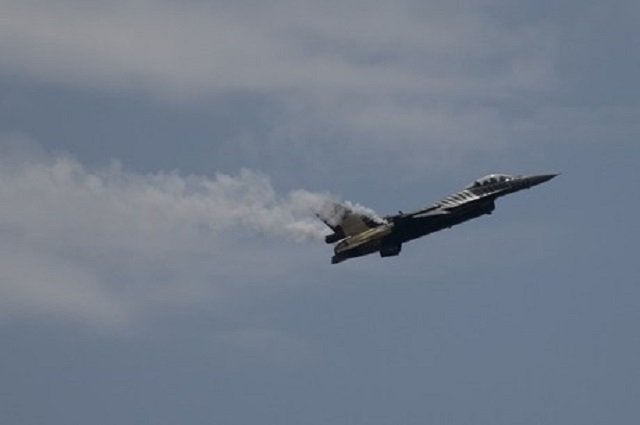 Are Saudi Arabia and Turkey Preparing to Confront Russia in Syria?

Are Saudi Arabia and Turkey preparing to confront Russia in Syria? Turkey’s air force on Monday began five days of air exercises with Saudi Arabia, the Turkish military said, as the two countries forge an increasingly tight alliance on Syria.

Six Saudi F-15 Eagle fighter jets will take part in the air defense training in the central Turkish region of Konya, the military said in a statement.

The exercises are within the framework of cooperation and military training between the two countries and had been scheduled in advance, it added. They will last until Friday. Some analysts believe the two countries are waiting for a green light from Washington to confront Putin in Syria if Putin continues on his war path killing civilians and striking the Western-supported Syrian opposition.

But the start of the exercises comes just two days after Turkish Foreign Minister Mevlut Cavusoglu announced that Saudi jets would be based at Turkey’s air base of Incirlik in Adana province to fight Islamic State (IS) militants.

He also said that Turkey and Saudi could even launch a ground operation in Syria against IS, while emphasizing no decision had been taken.

Saudi Arabia and Turkey both see the ousting of Syria’s psychopath Baschar al-Assad as essential for ending Syria’s five-year civil war and are bitterly critical of Iran and Russia’s support of the Syrian regime.

The two overwhelmingly Sunni Muslim powers have in recent months moved to considerably tighten relations that had been damaged by Riyadh’s role in the 2013 ousting of Egyptian president Mohammed Morsi, a close ally of Ankara.

Turkey and Saudi back rebels who are seeking to oust Assad and both fear the West is not serious about stabilizing by removing its premier conduit for terror in the Assad regime.

Are Saudi Arabia and Turkey Preparing to Confront Russia in Syria?