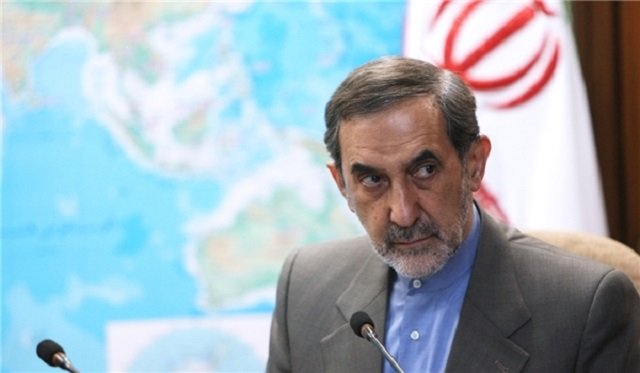 Iranian Dust Storm Coming. Is Saudi Arabia Ready For It?

The Iranian Mullahs have this intelligence-proof habit of declaring their intentions ahead of time. On Israel, theirs is “We are going to destroy you”. On Saudi Arabia, they just issued a new warning that looks like an Iranian dust storm coming. We dubbed it “Take us seriously”.

Saudi Arabia better be ready for the Iranian dust storm because it is coming if you read this news item just published by FARS News., which basically is using the Hajj stampede tragedy the way Austria-Hungary used the assassination of the Archduke Franz Ferdinand to declare war on Serbia that started World War I.

This is a serious threat the Iranian just issued. Saudi Arabia better take it seriously and better be prepared for the Iranian dust storm coming.

What strategic plans have Saudi Arabia put in play to save itself from the Iranian dust storm coming? Diplomacy is not the answer, and the Kingdom better be prepared or it will be swept away.

Now that Saudi Arabia has no superpower ally it can rely upon as Barack Obama has abandoned the Kingdom in favor of Iran, what will the al-Sauds do to protect the country from the Iranian dust storm coming.

Iran knows that it has less than one year to conquer Saudi Arabia or at least create some irreversible damage to the country’s delicate sectarian balance to win. Any trouble inside Saudi Arabia will eventually become a non-treatable cancer Iran will use to kill the whole body with.

Besides the U.S. alliance, which is now totally unreliable, and to a certain extent a Saudi-Pakistan alliance, backed by several protocols and treaties, Saudi Arabia has very few friends in the world it can truly rely upon to come to its aid. A country of 30 million people, no matter how rich, is a fish in a sea of sharks, and the Iranian shark is circling the Saudi fish.

One area Saudi Arabia failed to cultivate long time ago is to rely on Saudi-Americans the way Iran and Syria rely upon Iranian and Syrian-Americans, like the Namazis and the Daniels, to protect them with their lobbying efforts. The only lobby Saudi Arabia has is its Embassy and few think tanks it funds to project new strategic ideas. The country has absolutely no powerful Saudi-American businessmen who believe in its history and culture, not its money, and who could play an important role in pressing for its agenda.

This has been Saudi Arabia’s biggest mistake, which, today, is coming back to haunt al-Sauds. We blame Prince Bandar bin Sultan for this mistake. He believed he could do it all on his own, and to a certain extent he succeeded, but since his departure, little has been done to cultivate and seek the help of Saudi-Americans to play a role behind the scenes in the corridors of power. Saudi Arabia finds itself quite vulnerable today as a result of this fallible policy.

Unlike Iran, which uses terror as a proxy tool, Saudi Arabia fights terror in the region. This should make every American policy maker stop and think about what might happen if the U.S. has one less ally in the region to rely upon to fight the Iranian terror Barack Obama is unleashing upon the region. If Barack Obama is unwilling to keep Iranian terror in check, other institutions should challenge him directly by refusing to carry out his specific orders.

Time for America to go rogue on Barack Obama. Time to come to Saudi aid to protect the Kingdom from Iranian terror.

Iranian Dust Storm Coming. Is Saudi Arabia Ready For It?

Loading...
Newer Post
The Next Beheading Will Be a Miserable Russian Soldier
Older Post
Argentine President: Obama Administration Tried To Convince Us To Give Iran Nuclear Fuel