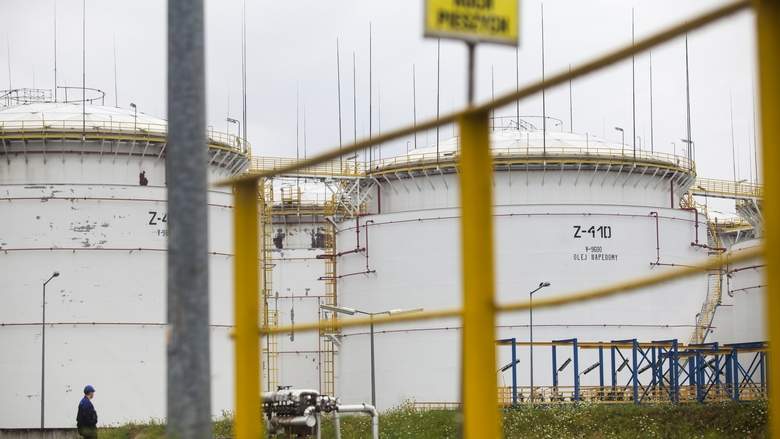 From global majors such as Shell and Total to more modest Polish energy firms, oil refiners in Europe are cutting their longstanding use of Russian crude in favor of Saudi grades as the world’s top exporters fight for market share. Welcome to Saudi Arabia war on Russia for a larger market share for European oil.

Russia has for years been muscling in on Asian markets where Saudi Arabia was once the unchallenged dominant supplier. But now Riyadh is retaliating in Moscow’s backyard of Europe with aggressive price discounting.

This has nothing to do with Western sanctions imposed on Russia over Ukraine, which apply to energy industry equipment but not to oil or gas itself. Instead it is a commercial battle for customers as both exporters ramp up their output despite weak world oil prices.

This is likely to complicate further a dialogue between Moscow and the Opec exporters’ group on tackling the global oil glut, with joint production cuts already looking elusive. Trading sources told Reuters that majors such as Exxon, Shell, Total and Eni have been all buying more Saudi oil for their refineries in Western Europe and the Mediterranean in the past few months at the expense of Russian oil.

“I’m buying less and less Russian crude for my refineries in Europe simply because Saudi barrels are looking more attractive. It is a no brainer for me as Saudi crude is just cheaper,” said a trading source with one major, who asked not to be named because he is not allowed to speak to the media.

It costs Russia $40 a barrel to extract its oil from hard to reach north. The same oil costs Saudi Arabia $20 a barrel for its extraction. Discounting its oil to use as a weapon is Saudi Arabia war on Russia for its support of the psychopath Baschar al-Assad.

Riyadh traditionally focused on the US and Asian markets, leaving Moscow as a major supplier to Europe, especially the eastern countries that were once part of the Soviet bloc.

Trading sources said at least one cargo reached the Polish port of Gdansk in September and two more could come in October, to be processed by refiners PKN Orlen and Lotos.

Two trading sources said Saudi Arabia was looking at storing crude in Gdansk so that it can supply eastern European customers more quickly, just as it has done for years for western European clients from ports in the Netherlands or Belgium.

One trader said supplies from Gdansk could be sent to Germany to compete with Russian crude sent down the Soviet-built Druzhba (Friendship) pipeline.

Over the past decade, Russia has diverted as much as a third of its oil exports to Asia by building gigantic pipelines into mainland China and its Pacific coast.