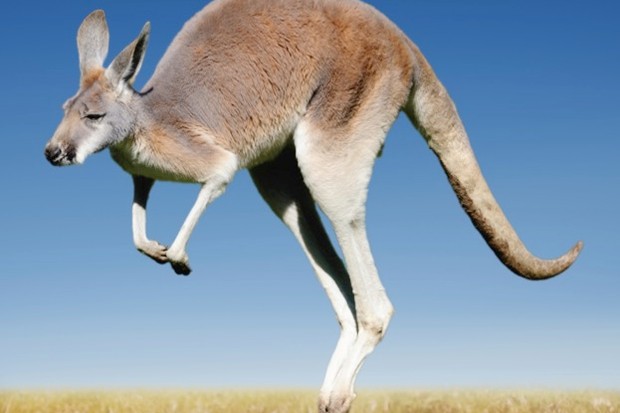 December 24, 2019 8:08 am 0
American Capitalism is Vulnerable to National Disasters
Future of Oil and Violence Dependent Arab Regimes Looks Bleak
The Opportunists the Helpless and the Weak

After Saudi Arabia sentenced five people to death and three to jail over the murder of Saudi journalist Jamal Khashoggi, a U.N. investigator accused it of making a “mockery” of justice by allowing the masterminds of last year’s killing to go free. This is Saudi Arabia Kangaroo court operating under an authoritarian regime.

A Saudi court rejected the findings of a U.N. inquiry by ruling that the killing was not premeditated. The Saudi Arabia Kangaroo court declared it a “spur of the moment” assassination. Saudi Deputy Public Prosecutor and spokesman Shalaan al-Shalaan said the court dismissed charges against three of the 11 people tried. It found them not guilty.

A senior U.S. official said Washington would go on pressing for full accountability. Khashoggi was a U.S. resident and a critic of the kingdom’s de facto ruler Crown Prince Mohammad bin Salman, also known as MbS.

A source familiar with U.S. intelligence assessments said key U.S. government agencies rejected the validity of the court proceedings and CIA experts still believed the crown prince personally ordered, or at least approved of, the killing.

The source said the five men condemned to death were essentially foot soldiers in the killing. Two senior security officials Saudi Arabia Kangaroo court acquitted played a more significant role. One of whom is a real thug named Saud al-Qahtani,

A Saudi prosecutor said there was no evidence connecting one of those senior officials, Saud al-Qahtani, to the killing and the court dismissed charges against Ahmed al-Asiri, a former deputy intelligence chief.

The world last saw Khashoggi at the Saudi consulate in Istanbul on Oct. 2, 2018. He went to the consulate to obtain documents for his impending wedding. The team of 15 assassins dismembered and removed his body from the building. To this day, the whereabouts of Khashoggi’s dismembered body remains unknown.

The murder caused a global uproar, tarnishing the crown prince’s image. Some Western governments, as well as the CIA, said they believed he had ordered the killing.

Saudi officials say he had no role, though in September MbS indicated some personal accountability, saying “it happened under my watch”.

Agnes Callamard, the U.N. special rapporteur for extrajudicial summary or arbitrary executions, said the trial verdict was a “mockery” of justice.

The hit-men are guilty, sentenced to death. The masterminds not only walk free, they have barely been touched by the investigation and the trial.

The Saudi government put on trial eleven Saudi suspects. Under strict secretive proceedings in the capital Riyadh. The government released none of their names immediately. Mohammad bin Salman waited until Christmas celebrations to release the news. In the hope coverage would be scant and insignificant.

The Saudis adopted a position directly contradicting the findings of a United Nations-led investigation. Shaalan said:

The investigation showed that the killing was not premeditated ... The decision was taken at the spur of the moment.

The U.N.-led inquiry reported in February that the evidence pointed to “a brutal and premeditated killing, planned and perpetrated” by Saudi officials.

If Salah Khashoggi did not exonerate Mohammad bin Salman for murdering his father, he would have met the same fate

Fred Ryan, the publisher of the Washington Post, a newspaper for which Khashoggi wrote a column, said the lack of transparency and the Saudi government’s refusal to cooperate with independent investigators suggested “a sham trial”.

He said in a statement:

Those ultimately responsible, at the highest level of the Saudi government, continue to escape responsibility for the brutal murder of Jamal Khashoggi.

Human rights group Amnesty International said the verdict was a “whitewash” that failed to address the Saudi authorities’ involvement or the location of Khashoggi’s remains.

However, one of Khashoggi’s sons said the verdicts had been fair to his children.

We affirm our confidence in the Saudi judiciary at all levels, that it has been fair to us and that justice has been achieved.

If Salah Khashoggi did not exonerate Mohammad bin Salman for murdering his father, he would have met the same fate.

Last November, the Saudi prosecutor said Qahtani, a thug who advised Mohammad bin Salman, had discussed Khashoggi’s activities before he entered the Saudi consulate with the team which went on to kill him.

The prosecutor had said Qahtani acted in coordination with Asiri. The latter had ordered Khashoggi’s repatriation from Turkey and that the lead negotiator then decided to kill him.

The Saudi government dimsissed both men from their positions but while it tried Asiri, it let Qahtani go free.

On Monday, Shalaan said the Saudi government tried Asiri and released him due to insufficient evidence. The government’s prosecutors investigated Qahtani but they did not charge him. He is totally free even though he delivered Mohammad bin Salman’s orders to the assassins.

Shalaan also said the Saudi consul-general to Turkey at the time, Mohammed al-Otaibi, had been freed after Turkish witnesses said Otaibi had been with them on the day of the crime. Two weeks ago, the United States barred Otaibi from entering the country.

Sources familiar with the matter told Reuters last year that Maher Mutreb, the lead negotiator, and Salah al-Tubaigy, a forensic expert specializing in autopsies, were also on trial for the murder and could face the death penalty.

TURKEY IS NOT HAPPY WITH THE OUTCOME

Turkey said the trial outcome was far from serving justice.

The fact that important issues like the location of the late Khashoggi’s body, the identification of the instigators and, if there are any, the local co-operators, are still in the dark is a fundamental shortcoming to justice being served and accountability.

Riyadh’s criminal court pronounced the death penalty on five defendants “for committing and directly participating in the murder of the victim”. The Saudi Artabia Kangaroo court gave various sentences totaling 24 years to those it sentenced to prison. The court said “for their role in covering up this crime and violating the law”.

Shalaan added the investigations proved there was no “prior enmity” between those convicted and Khashoggi.

The defendants can appeal the verdicts but they would not dare.