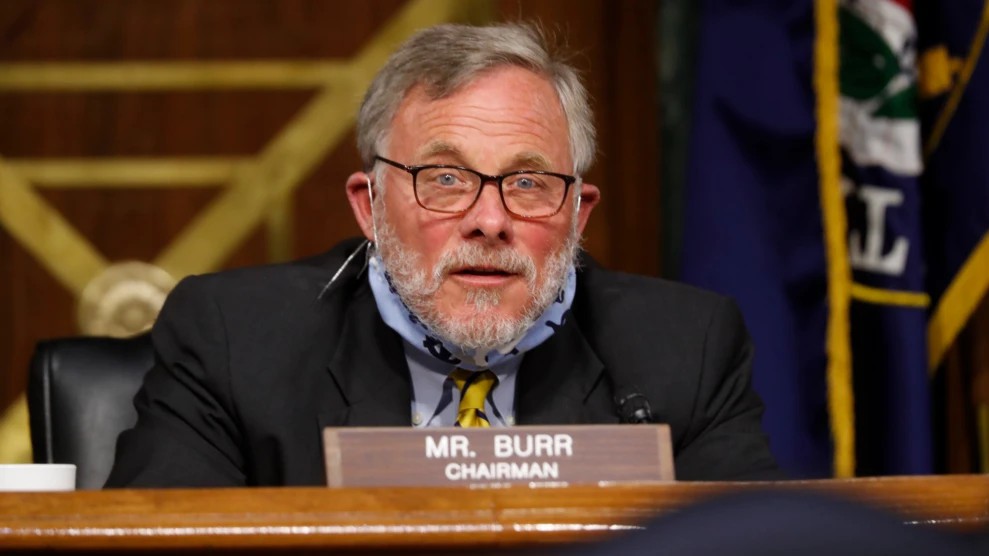 Syrian-Americans, and Syrians alike, are going to miss the leadership of Senator Richard Burr as Chairman of the influential Senate Intelligence Committee. On Syria and Russia, Richard Burr stands on the right side of history.

Back in 2017, in an interview posted on YouTube, the Senator did not mince any words to describe the Assad regime of terror.

The Senator from North Carolina believed Assad to be a genocidal maniac. Quite in line with what the majority of Syrians think of the monster Assad. The one Russia and Iran are fighting alongside his forces. The one Russia and China are protecting at the United Nations through illogical vetoes.

Let us not forget what China has done to our world with her coronavirus. It’s a Chinese virus.

China caused more than 23.1 million Americans to lose their jobs. And Russia interfered in our elections. Both are not our friends.

Burr also backed the Kurds of Syria in their plight to carve Syria’s northeast for a Kurdish independent state. Until Turkey, taking advantage of Trump’s incoherence, put an end to that concept.

In addition to his brave position on Syria and Assad, Richard Burr stood tall against Russian 2016 election interference. He sided with the findings of the U.S. intelligence community instead of following, like Mitch McConnell, the GOP line. We believe that those politicians who are ignoring Putin’s threat to this country, because he is white like them, are traitors. So are those who chose party over country.

Burr was a signatory to a bipartisan report CNN wrote about in an article:

A bipartisan report from the Senate Intelligence Committee released on Tuesday has backed the US intelligence community’s conclusion that Russia interfered in the 2016 presidential election to help then-candidate Donald Trump.

The committee’s findings are a rebuke to Trump’s frequent claims of a “hoax” that Russia was trying to help him win and the President’s attacks on the intelligence community. The panel concluded that the Obama administration’s assessment on Russian election interference was crafted without political bias, undercutting the President’s claims that officials like former CIA Director John Brennan and Director of National Intelligence James Clapper were using the intelligence community to attack him.

“The Committee found no reason to dispute the Intelligence Community’s conclusions,” the North Carolina Republican said.

Burr did not tow the Trump line that believed Putin when he told him he did not interfere in the 2016 elections. He refused to follow party line politics that McConnell favored. He bravely defended our country against the real enemies. Like Vladimir Putin.

Will Assad Use Sarin Gas After the IRGC Swap?
Former U.S. Ambassador: There Won’t Be Peace in Syria Without Prosecution of Assad
Mr. President, should you not do more to protect the civilians?
Assad Genocide 429 Elections 2016 43 Incoherent Donald Trump 80 Kurdish Aspirations 51 Opinions 1017 Putin Propaganda 73