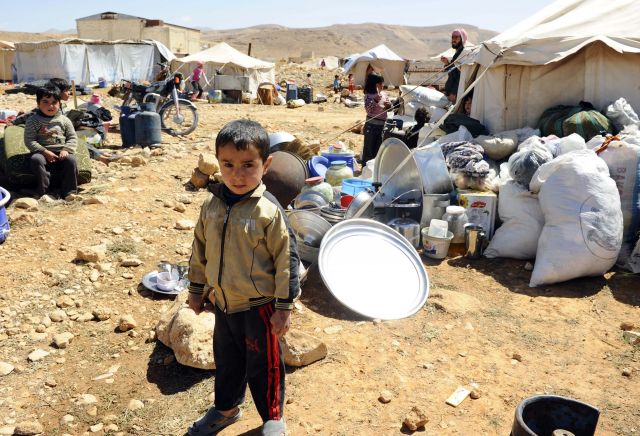 Amnesty International criticized on Monday what it said was a “dismal” global response to the plight of Syrian refugees and urged neighboring countries struggling to cope with the influx of refugees to lift “deeply troubling” measures designed to keep them out.

The human rights organization said the failure of the international community to adequately fund refugees’ humanitarian needs or to support their host countries through settlement policies has left Syria’s neighbors unable to cope with a “devastating effect.”

In a report entitled “Global Refugee Crisis: A conspiracy of Neglect“, Amnesty said Lebanon, Jordan and Turkey after having taken in over four million Syrians since the conflict started in 2011 were now closing their borders.

“All the main host countries have imposed severe restrictions on the entry of people fleeing the conflict – in many cases these restrictions have all but ended the ability of desperate Syrians to escape the ongoing crisis,” Salil Shetty, Amnesty International’s Secretary General, said at a press conference.

These countries have adopted “deeply troubling measures, denying desperate people entry to their territory and pushing people back into the conflict,” Shetty added.

Lebanon, Jordan and Turkey say the refugees have severely burdened their respective economies with the international community only paying a fraction of the related costs.

Amnesty called on host countries to ease rules, saying they should exempt refugees from pre-entry visas or residency requirements.

Meanwhile, Western nations like the U.S. is denying thousands of Syrians the right for to immigrate. So far, the U.S. has accepted only 524 Syrian refugees. Germany has welcomed in excess of 180,000 Syrians.

The West won’t take the risks to stop the killing, nor the risks of taking Syrians flee from violence. Syria is proof Western world lost its conscience.

Syrian refugees faced with reduced assistance and with no prospect of returning home in the near future, were likely to continue to attempt crossing the Mediterranean, the most dangerous sea route for refugees to reach Europe, Shetty said.

The group called on host countries as well as Syria’s neighbors to end forcible deportation of Syrians, criticizing cases where border officials rejected the entry of stranded refugees.

In Lebanon, which hosts 1.2 million refugees, the strain of accommodating refugees had pushed a protection system to a breaking point”, Amnesty said. Syria is proof Western world lost its conscience.