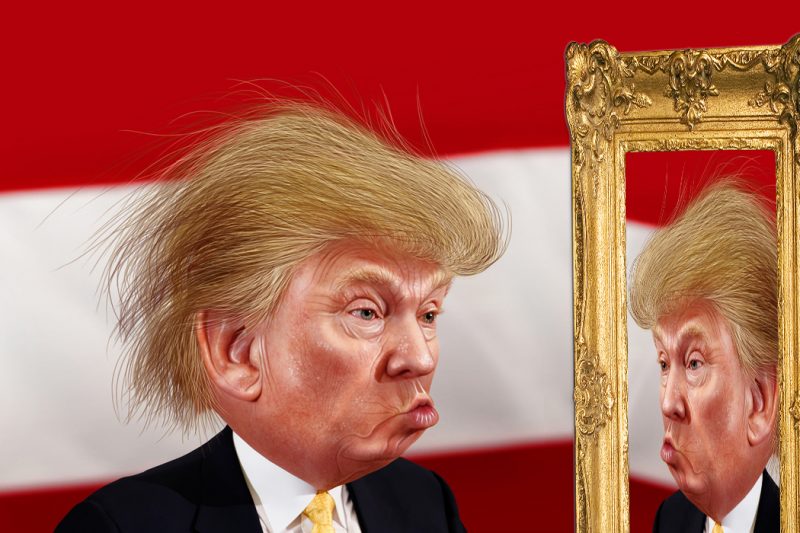 Nine Narcissistic Personality Disorder Traits Trump Exhibited All of Them

Psychiatrists are in agreement that there are nine different signs that demonstrate narcissistic tendencies. The funny thing is that most narcissists exhibit fewer than five traits. In the case of our President, nine Narcissistic Personality Disorder traits Trump exhibited all of them. All nine. You cannot be a more perfect narcissist than Trump is today.

Arrogance and Domineering: Someone who mocks handicapped people is a good example of that trait.

Grandiosity: The Tweet below, by President Trump, says it all.

….Actually, throughout my life, my two greatest assets have been mental stability and being, like, really smart. Crooked Hillary Clinton also played these cards very hard and, as everyone knows, went down in flames. I went from VERY successful businessman, to top T.V. Star…..

Preoccupation with Success and Power: Trump is obsessed with his brand that highlights his success and power. However, people are recoiling by buying less of his products than before his election. This deflation will only increase his brand decibels.

Lack of Empathy: Dah… Supporting the Police when African-Americans get gunned down by rogue and racist policemen, Mexican wall, refugee migrants, the Syrian people in general, the Ukrainian people suffering from Putin. The list is too long.

Belief of Being Unique: Trump believes he is a gift to humanity, a gift to women as well. This trait controls his rhetoric and actions some of which have been made public recently.

Sense of Entitlement: Even with the Russian investigation, Trump feels entitled to praise Vladimir Putin for his own personal reasons. Any other reasonable president would have cease and desist such praise to manage the investigation. Trump cannot help himself.

Requires Excessive Admiration: You won’t believe your ears and eyes after watching this video. If you just listened to the words, you would think it was Assad presiding over his own cabinet.

Exploitative: During the building of his Trump Tower, Trump failed to pay hundreds of his contractors for one excuse or another. He has gone through four different bankruptcies. This is pure exploitation, pure and simple.

Envious of Others: Part of the President’s attack on Jeff Bezos of Amazon is due to Bezos being the richest man in America. Trump cannot stand others to be more successful than he is except Putin whom he needs to do business with after his tenure.

The American people have no clue who they voted for. Maybe, they are beginning to have buyer’s remorse. We’ll see how November 2018 mid-elections shapes up to deliver.

Nine Narcissistic Personality Disorder Traits Trump Exhibited All of Them