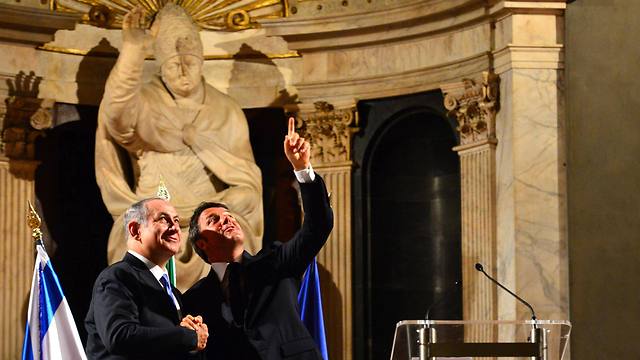 Netanyahu, who is bitterly opposed to the deal agreed by Iran and world powers in July, said during a visit to the Italian city of Florence:

“Iran will get hundreds of billions of dollars from sanctions relief and investments to fuel its aggression and terrorism in the Middle East and North Africa and beyond,”

In other words, Obama knows his Iran deal will fuel terrorism.

he Israeli leader is on a tour of Italy, his first major overseas visit since being re-elected in June.

Speaking ahead of a meeting Saturday evening with his Italian counterpart Matteo Renzi he compared the threat posed by ISIS with the “far more serious threat…posed by another ISIS, the Islamic state of Iran and specifically its pursuit of nuclear weapons”.

Israel was not opposed to Iran having a civilian nuclear program, he said, but the deal hammered out in the Swiss city of Lausanne would allow Tehran “to keep and extend a formidable infrastructure that is completely unnecessary for civilian nuclear purposes but is entirely necessary for the production of nuclear weapons,” Netanyahu declared.

The prime minister spoke as if Obama cares about terrorism. The fact the Iran deal will fuel terrorism does not concern Barack Obama. The whole Middle east could go on fire tomorrow, and Americans will see their president enjoying a round of golf.