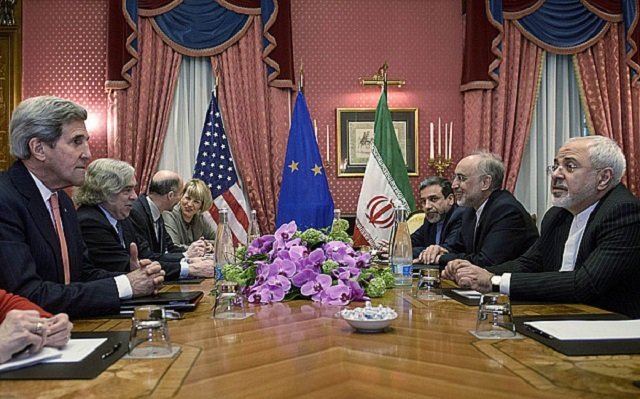 Iran Deal is About Right and Wrong, Not Left and Right

Every agreement, treaty, convention, protocol, or accord the United States has signed has been historically debated on the merit of how right it is for America’s interests as compared to how wrong it would be not to sign.

Except the Obama Iran Deal our President has successfully turned into a matter of left against right. When Obama made his argument that if not the Iran Deal, it is war, he took away the essential component of any debate based on its merit. By war, Obama was spotting light on the Bush Iraq War.

He doubled-down on his bet when he claimed that the far right in Iran chanting “Death to America” make common cause with the GOP who stand united against his Iran Deal. Again, Obama derived his logic from a left vs. right perspective, and not for what is best for America’s interests.

Congress is falling in Obama’s trap when it ignores his perverse angle. The propaganda of hate emanating from this administration is shocking some GOP who are unprepared to respond to Saul Alinsky’s rule book Obama seems to live by and which has turned the Iran Deal into the good left fighting against the evil right.

The Iran Deal is about right and wrong. Is it right to leave American hostages behind just because Barack Obama chose to ignore them?

The Iran Deal is about right and wrong. Is it right to abandon our allies in the region to Iranian terror just because Barack Obama deemed it so?

The Iran Deal is about right and wrong. Is it right to unleash the terror of Iran upon a region in dire need for stability and calm?

The Iran Deal is about right and wrong. Is it right for this administration to cry wolf over a ghost war no one is calling for just because it fits Barack Obama’s propaganda?

The GOP should borrow from Saul Alinsky’s own book to defend against Obama’s use of his rule book. Rule 11 dictates that “The price of a successful attack is a constructive alternative.”

This means the GOP should produce their own draft Iran Deal they could live with that ties Iranian nuclear program to Iranian behavior to saving the American hostages being held by the terrorists in Tehran.

It should tie bringing the Iranian Mullahs from the cold only if they recognize Israel.

Redraft it, adopt it, and publicize it as the alternative to Obama’s bad Iran Deal.

Show the world that Obama’s bad Iran Deal is mostly wrong for America. That might pressure some of the Democrats following Barack Hussein Obama blindly.

Iran Deal is About Right and Wrong, Not Left and Right