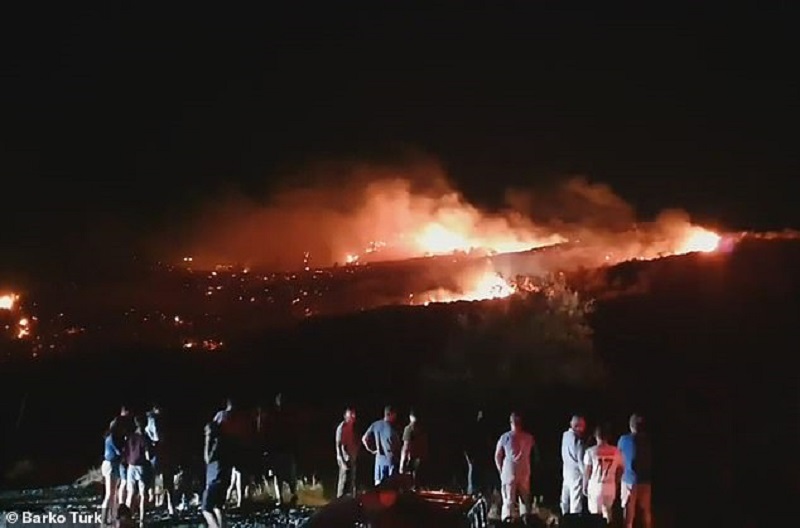 Israeli fighter jets as well as naval gunships took part in the attack, which mainly centered around Homs and Damascus.

Syrian air defenses mobilized to intercept the attack, which resulted in one defensive S-200 Russian-made missile landing in Cyprus causing a big explosion on the Turkish-side of the island. Cyprus did not report any loss of life.

Pro-Hezbollah Lebanese TV Al Mayadeen reported damage in al-Kiswah near Damascus, an area which Israel has targeted on several occasions in the past. Al-Kisweh is home to large weapon depots and Iranian military assets.

Russia has supplied the Assad regime with an S-300 missile defense system, which apparently did not deploy during this latest attack. Even though, the S-300, located in Masyaf, was few kilometers away from one area Israel targeted. Whether the S-300 did not deploy because of operational issues, or whether because it could not detect and intercept the Israeli missiles is not yet known.

Speculation, though, centers on a system incapable of modern warfare protection. Certainly a black eye for Russian international weapon sales. It is also possible Damascus is struggling with the notion of using a defensive system that may not be up to the task. Its failure would commit Assad’s enemies to far more aerial intrusions.

Israel is intent on destroying any Iranian assets that one day Iran may use against its own people. Iranian warfare in Syria demonstrated an utter disregard for civilian loss of life. Since the start of the Syrian Revolution, Israel has carried out over 1,000 attacks to weaken Iranian presence in Syria.