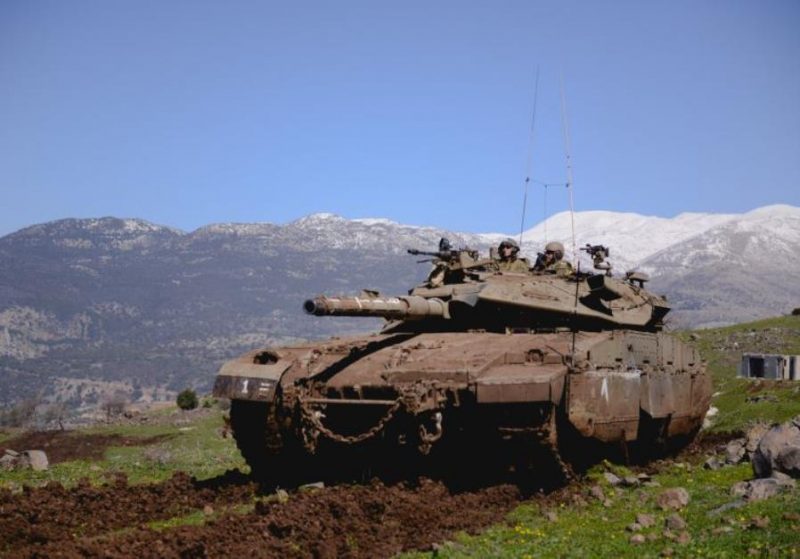 For the better part of 40 years, the Syrian border has been the quietest of Israel’s frontiers. Notwithstanding Israel’s 1973 capture and subsequent annexation of Syrian territory in the Golan and Bashar Assad’s ongoing support for terrorist organizations targeting the Jewish state, the border has been tranquil since the signing of the 1974 armistice. Indeed, the boundary with Syria”a state officially still at war with Israel” has proven even more secure than Israel’s lengthy borders with its nominal peace partners Egypt and Jordan.

But two years into the popular armed revolt against the Assad regime, this de facto peace along the Israeli-Syrian border seems to be in grave danger. Just consider the past few weeks: On March 2, three Syrian mortars landed outside Moshav Ramat Magshimim in the southern Golan Heights. Then on March 6, Syrian rebels kidnapped 21 U.N. peacekeepers patrolling the Golan Heights; they were held for a week prior to their release. On Monday, Israel Defense Forces Chief of Staff Lt. Benny Gantz said that “the threat of the situation in Syria spiraling out if control is quite high.” He added: “What we have here is a strategic detonator that could blow up at any moment.”

Reports from Syria over the past months have indicated that foreign fighters “from Libya to Jordan to Iraq” have been participating in the rebellion against the Assad regime. Now comes word that Saudi jihadis are joining the rebels” ranks as well. The presence of so many jihadis, many of whom are reportedly affiliated with al-Qaida and are threatening to continue fighting against Israel after Assad is vanquished, further increases the possibility of a flare-up in the Syrian-Israeli frontier. All of which explains why, in recent days, Israel has increased its military presence along the Golan border. Today, Syria “not Lebanon or Egypt” is likely to be the next flash point for conflict with the Jewish state.

As the Assad regime has teetered, it has lost control of large swaths of Syrian territory, including areas in the south adjacent to Israel that as of February 2013 had purportedly fallen to the largely secular Free Syrian Army. At least in part, however, the power vacuum has been filled by militant Islamists and foreign fighters affiliated with al-Qaida. Last month, one of these groups, Jebhat al Nusra, attacked a Syrian military intelligence post near Quneitra in the Syrian Golan Heights. And in the coming weeks and months, the increasing flow of foreign fighters into Syria will likely see even more al-Qaida affiliates operating in the border region.

At present, Islamist militias within Syria are narrowly focused on toppling the Assad regime, but some have begun to articulate a more ambitious longer-term agenda. As one Aleppo-based Islamist fighter said in a December 2012 video posted by MEMRI: When Assad is dispatched, we won’t stop there. We will continue to the [Israeli occupied] Shebaa Farms and Kafr Shuba, and we will pass through the Golan Heights all the way to Jerusalem.” Another video posted this weekend features another rebel proclaiming: “For 40 years, not a single gunshot has been fired on this land. For 40 years, not a single gunshot has been fired toward Israel. We will free the Golan and it will return to the free Syrian people, with the help of Allah.”

Given the relative strength of the IDF, this goal is obviously more aspirational than realistic. Still, Syria is awash in heavy weapons, and anti-Assad militias “secular and Islamist alike” are capturing more advanced military materiel, including missiles. And even after Assad is gone, Al Nusra, the al-Qaida-affiliated “Victory Front” that has emerged as the leading rebel fighting force, will be loath to disarm. Absent a functioning central government and security apparatus, and with post-Assad Syria likely embroiled in protracted civil war, these well-equipped and battle-hardened Islamist militias could fast become very dangerous for Israel.

Of more immediate concern is that Assad will goad Israel into the conflict in an effort to muddy the waters and distract the opposition. To that end, in May 2011 shortly after the uprising began, Syrian authorities dispatched 40 busloads of Palestinians to the border fence, precipitating a violent clash with the IDF that left four Palestinians dead. Then, in November 2012, the regime deployed three tanks in the Golan demilitarized zone, prompting the IDF to raise its alert status on the frontier. Damascus”™ attempt last month to transfer game-changing surface-to-air weapons to Hezbollah likewise seemed intended to provoke an Israeli military reaction.

While Israel’s limited airstrike on the Hezbollah convoy generated a lot of grumbling among the opposition, most of the criticism was focused on Assad’s non-response to the enemy violation of Syrian airspace. Should Assad endeavor to transfer some of its chemical-weapons stockpiles to Hezbollah, however, the Israeli response would all but certainly be more decisive and “for the opposition, perhaps” divisive.

Further threatening the tenuous status quo, according to The Washington Post, Iran is currently in the process of establishing its own 50,000-man militia called Jaysh al Shaab, said to be modeled after the Iranian Revolutionary Guard’s Basij corps, in Syria. While little is known about this nascent paramilitary force, given Tehran’s antipathy toward Israel, in addition to targeting Assad regime opponents, it’s a safe bet that Jaysh al Shaab will also pursue subversive activities against the Jewish state.

Not all the news along the frontier is bad. In early February, Israeli soldiers reportedly provided medical assistance to Syrian rebel troops near the border, transporting five wounded to a Safed hospital. (Alas, the same week, IDF troops fired on another Syrian approaching the fence.)

However, not all Israelis see the news as ominous for Israel. According to former head of IDF military intelligence Amos Yadlin, the war in Assad’s Syria has “depleted [the Syrian military’s] strength, readiness, and morale,” diminishing the threat posed by Israel’s most capable adversary. In any event, Yadlin said, Assad was “much more dangerous than some Jebhat al Nusra activity in the Golan.” Regardless of who succeeds Assad, he added, Israel is “quite efficient in coping” with the cross-border threat and will establish “a similar deterrence” to what the state achieved vis-a-vis Assad, Hezbollah, and Hamas.

Steven Simon, who served as senior director for the Middle East in the National Security Council during the first Obama Administration, concurs. While the IDF may have to contend with some jihadist activity, the deterioration and the potential collapse of the Assad regime does not undermine Israel’s security. “Of course,” Simon says, chemical weapons transfer to Hezbollah, “would be a different matter.”

Still, for Washington, which has been preoccupied over the past two years with trying to cauterize the bleeding in Syria and insulate neighboring Arab states from the destabilizing effects of the revolt, the trend line should be of concern. Today, the reverberations of the war in Syria are shaking Lebanon, Jordan, and Iraq. If the United States doesn’t take steps now to more quickly topple Assad and end the war, the next state to feel the impact of spillover from Syria may be Israel.

David Schenker is the Aufzien fellow and director of the Program on Arab Politics at the Washington Institute for Near East Policy.