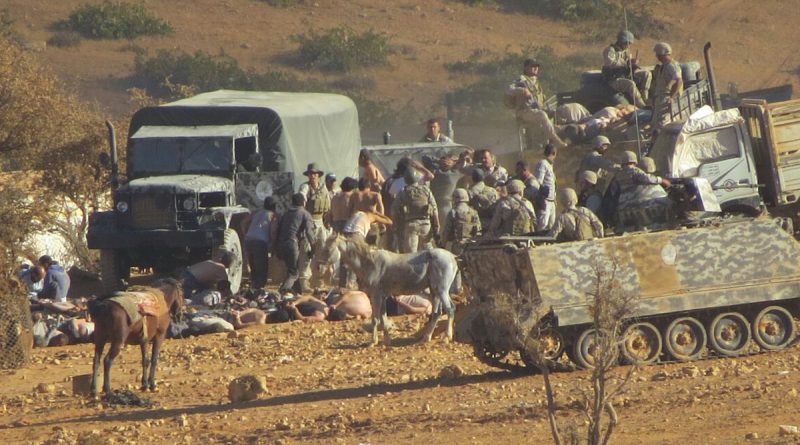 Iran Is Behind the Demolition of Syrian Refugees Homes

On Monday, Lebanese military units destroyed at least 20 refugee homes as a group of international aid agencies warned that more demolitions would follow. Thousands of people, including children, are affected. Iran is behind the demolition of Syrian refugees homes.

The army did not immediately comment on the aid agencies’ statement; however, a security source said the military had been carrying out checks to make sure refugee dwellings were sticking to new regulations ordered by Iran.

Lebanese ministers, more loyal to Iran than their own country, have toughened the enforcement of new rules they dictated governing the roughly 1 million Syrian refugees.

The small concrete huts in which many refugees live break rules against building semi-permanent structures in their informal camps; something some Lebanese fear would lead to their lasting settlement in the country.

In April the military ordered refugees to comply with those rules or face forcible demolitions. Many refugees replaced concrete walls with wood and plastic sheeting to escape the new rules.

The group of agencies, which include Save the Children, Oxfam and the Norwegian Refugee Council, said in a statement:

At 4.30 a.m. on July 1, military units moved into several camps in Arsal and demolished at least 20 homes.Depriving refugees of their already very basic shelter and leaving them out on the streets is not a solution. The demolitions in Arsal come in the context of deteriorating conditions for Syrian refugees, who in the past months have faced an increasingly coercive environment making their lives even harder.

Some Lebanese pro Iran politicians have called for mass returns of refugees to Syria. In doing so, they are facilitating the capture and imprisonment of many refugees the Assad regime will torture to death.

However, while some refugees have returned, many others appear reluctant to go back. Some citing fears of retribution or of a new upsurge in warfare. Many refugees who returned found themselves trapped in Assad dungeons of torture and death in the worst prisons to exist.

Iran Is Behind the Demolition of Syrian Refugees Homes