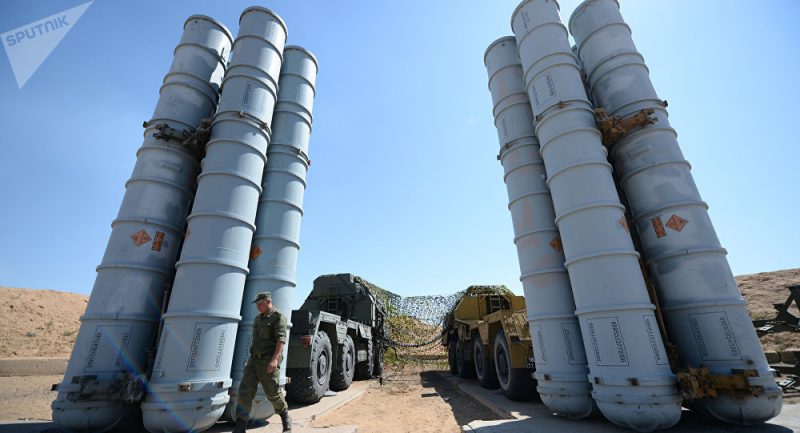 Israeli and Russian Interests Are on a Collision Course

For those who lived through the Cold War know that both Russia and Israel sit on opposite sides of the fence. No matter how hard both Putin and Netanyahu try to think common ground, their interests are misaligned. Eventually both will find more reasons to disagree than to agree. In our opinion, Israeli and Russian interests are on a collision course.

In the center of this misalignment is none other than Iran.

Russia views Iran as a powerful proxy whose contrarian position with anything western plays perfectly in Putin’s bag of tricks. Iran is more resourceful, more powerful, and more potent than the Assad regime could ever be. Especially after the devastating war that rendered Assad a compliant slave to Iran. During the era of the Shah of Iran, the Soviet Union could only dream to have sway over Iran. Now that Putin has that influence, he is not about to choke this asset for the sake of a country closest to his number one enemy.

While Russia has played down the mounting attacks Israel has carried inside Syria to weaken Iran, it is getting to the point where Putin’s silence is either viewed as complicity against Iran or a weakness against israel.  Neither sits well with the Russian president. Israel is also weakening the Assad regime Russia has been protecting ever it facilitated the rise to power of Hafez al-Assad in the mid-sixties. There is not doubt, at this point, that Israeli and Russian interests are on a collision course.

The UA Wire reported today that Russia has finalized the full deployment of its S-300 missile defense battery located in Masyaf. Is it a coincidence that Russia completed such a deployment one day after Israel attacked successfully several Syrian and Iranian assets around Damascus and Homs? Or is it a case of Russian impatience with Israeli pertinence?

But Russia has a dilemma. If next time Israel attacks Iran in Syria, Putin must decide whether the risks of its S-300 shooting down all or the majority of Israeli missiles are worth the risks of exposing the S-300’s own shortcomings with regard to western weapons. If the system fails, it would expose the whole Russian military industry as a failure in front of a global audience. There is no turning back from such an embarrassment.

Furthermore, any decisive military win, if Putin deploys the S-300 next time around, might undermine Russia’s diplomacy. One that Putin is careful to foster as the United States non-interventionist president pulls back. Russia playing the big brother in the Middle East, thanks to Barack Obama, is too priceless to squander.

Likewise, Israel cannot afford to carry out an attack if it cannot guarantee a high degree of success. Perception in the cat and mouse game of international weapon systems is sometimes more important than results. Does that mean Israel would have to neuter the S-300 or completely destroy it to protect its own mission of a weakened Iran in Syria? Is there a face saving approach to this collision course that may keep today’s Israeli attacks continue while Russia claiming it is maintaining the balance of powers? We will know soon enough now that the S-300 is cocked and ready. Next Israeli attack may unravel to the lowest common denominator.

To Iran, the whole affair looks like political theatrics. Russia is in cohort with Israel as far as Khamenei is concerned. The regime in Tehran is not about to trust its fate to two western-bred leaders. It is relying on its own cunning to break this cozy balance Putin has managed with difficulty; as well as Assad bombing Turkish observation posts in Idlib. For Assad, seeing his nemesis Israel cozy-up to Russia is a major concern.

Syria, Iran, and Turkey all want to see Israel and Russia duke it out seriously. Each has a bet riding on their interests eventually clashing.

ISRAEL AND RUSSIAN INTERESTS ARE ON A COLLISION COURSE

Add to this stew the background noise emanating from Turkey, which Russia is trying to peel away from NATO. Mostly the result of Assad is attacking Turkish observation posts in Idlib, and the U.S. remaining steadfast in its support of the Kurdish forces in northern Syria. Israel, for its part, has no love lost for Erdogan’s Islamist agenda.

Everyone is pulling in opposite directions, and everyone seems to think they have a winning hand. That makes the bet too high-priced to leave behind, which might explain why Syria’s war is limited to Syrians fighting Syrians so far. But hope for settling Syria’s war through diplomacy is evaporating fast. Interests are colliding right before our eyes and it is a question of time before the big guns start firing.

Israeli and Russian Interests Are on a Collision Course