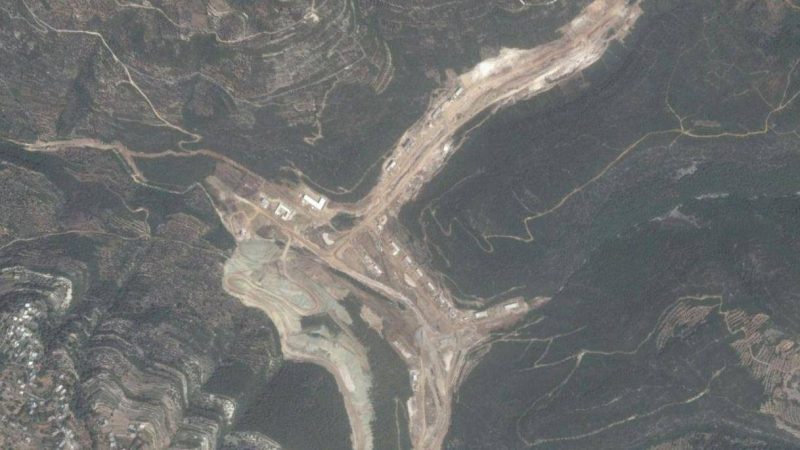 November 23, 2017 10:35 am 0
The ‘What If …’ Questions We Should Ask About the Iran Deal
Falafel Explores Rex Tillerson East Ghouta Strategy
Dead Palestinian is Worth $7000 to an Iranian Mullah

Iran’s Revolutionary Guards are ready to help ‘rebuild Syria’, chief commander Mohammad Ali Jafari said as reported by the state TV on Thursday. In our opinion, IRGC notion of “Rebuilding Syria” is to ethnically cleanse Sunnis and Jews through the use of gas-carrying ballistic missiles aimed at Israel and Assad gassing of his own people, which has already taken place on several occasions.

Gas was Hitler’s ultimate weapon for his “Final Solution” and gas represents the ultimate weapon Assad and Khamenei will use to ethnically cleanse Sunnis and Jews from the region. Russia’s latest U.N. veto just facilitated the process.

Assad fooled Obama and Kerry into believing he has delivered all his chemical weapons to a monitoring agency in return for safety from US bombs. Even, PolitiFact fell for the ruse. Later, PolitiFact retracted its own story. It is so easy to fool gullible appeasers like Barack Obama and John Kerry.

We believe Assad maintains tons of poisonous gas he intends to use over and over to ethnically cleanse Sunnis and, eventually, Jews, with help from the Mullahs, from the Middle East.

The ethnic cleansing of Sunnis is at its peak. Over six million Syrian Sunnis have abandoned their homes for the safety of Lebanon, Jordan, and Turkey. Today, “Rebuilding Syria” is code for ‘to clear the land of Israel from all the Jews’.

Regional tensions have risen in recent weeks between Sunni Muslim monarchy Saudi Arabia and Shi‘ite Iran, whose rivalry has wrought upheaval in Syria, Iraq, Yemen and Bahrain. With Syria under its control and the Houthis firing missiles from Yemen, Iran has surrounded Saudi Arabia from the three corners of the Middle East and Israel from three opposing fronts to include Gaza.

In other words, Obama’s Iran Deal is working as it was planned.

Saudi Arabia has accused the heavily armed Iran-backed Hezbollah of helping the Houthi forces in Yemen and playing a role in a ballistic missile attack on the kingdom earlier this month.

“Hezbollah must be armed to fight against the enemy of the Lebanese nation which is Israel. Naturally they should have the best weapons to protect Lebanon’s security. This issue is non-negotiable.”

In other words, IRGC notion of “Rebuilding Syria” is to ethnically cleanse the Jews.

Jaffari added, “Iran only provides advisory and spiritual assistances to Yemen … and this help will continue,”

Iran’s notion of spiritual assistance is to create mayhem everywhere to give rise to the long-awaited Twelfth Mahdi the Mullahs believe will only appear during an Armageddon.

Jafari also praised the success of Iranian allies across the region, hailing a “resistance front” from Tehran to Beirut and calling on Riyadh to avoid confronting this grouping.

“We directly deal with global arrogance and Israel not with their emissaries… That is why we do not want to have direct confrontation with Saudi Arabia,”

The term global arrogance refers to the United States.

In other words, Israel and the United States are Iran’s REAL targets.

Iran manages a potent missile program, which was not part of the 2015 Iran nuclear deal Barack Obama spearheaded under which Iran agreed to curb its nuclear program in exchange for the lifting of some sanctions.

Obama, however, “forgot” to include the development and use of ballistic missiles by a nation known for its terror.

Smile Barack, the badly negotiated Iran Deal you pursued with blind abandon has empowered our own enemies now boasting that harming us is their ultimate goal.

Loading...
Newer Post
Airhead Donald Trump Reveals Secrets to the Russians
Older Post
If You Think Assad is a Monster, Wait to See His Son Hafez