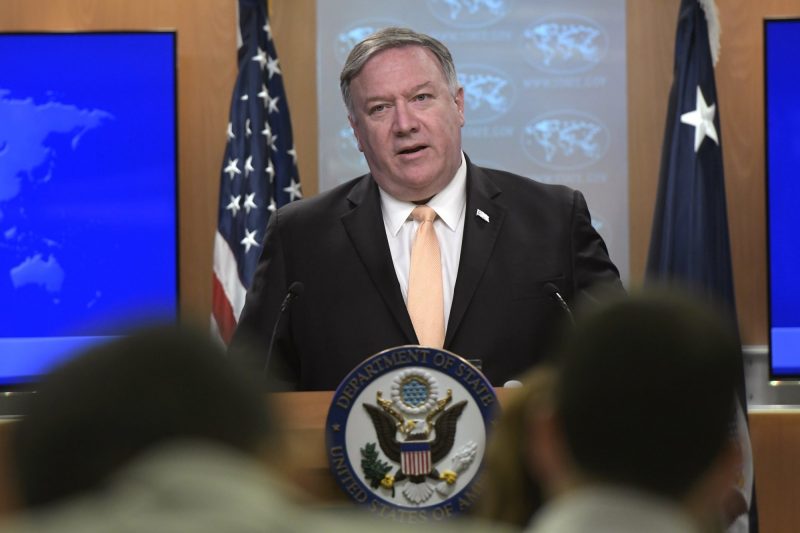 April 23, 2019 11:05 am 0
Terrorist Khamenei Losing His Grip Over Iraq
Get Ready IRGC: Israel is Unlike Killing Syrian Civilians
US Seeks to Seize Iranian Oil Tankers

On Monday, the Trump administration tightened screws on Iran by no longer exempting any countries from U.S. sanctions if they continue to buy Iranian oil. The decision aims at stepping up the pressure on Iran, which continues to spread terror in the Middle East.

The move affects the five remaining major importers, which are China, India, Japan, South Korea, and Turkey. India said it would abide by the new decision.

President Donald Trump made the decision as part of the administration’s “maximum pressure” campaign on Iran that aims to eliminate all of its revenue from oil exports that the U.S. says funds destabilizing activity throughout the Middle East and beyond.

The White House said in a statement:

This decision is intended to bring Iran’s oil exports to zero, denying the regime its principal source of revenue.

Secretary of State Mike Pompeo announced the U.S. would no longer grant sanctions waivers when the current batch expire on May 2. Thus, choking off Iranian income that had been more than $50 billion a year. Thus, the Trump Administration tightened screws on Iran to pressure the regime to re-sign a new Iran Deal.

GOAL IS TO BANKRUPT IRAN

The goal remains simply: To deprive the outlaw regime of the funds that it has used to destabilize the Middle East for decades and incentivize Iran to behave like a normal country.

The Trump Administration instituted the waivers to give the original eight countries more time to find alternate energy sources; as well as to prevent a shock to global oil markets from the sudden removal of Iranian crude. Three of those waivers, for Greece, Italy and Taiwan, are no longer needed. All three halted their imports of Iranian oil.

But the other five continue to import Iranian oil and had lobbied for their waivers to be extended. NATO ally Turkey has made perhaps the most public case for an extension. Turkey said that Iranian oil is critical to meeting their country’s energy needs.

China, one of Iran’s largest customers, slammed the step, calling it more evidence of U.S. “unilateral sanctions and long-arm jurisdiction.” China, which relies on imports for about half of its oil, could present the toughest diplomatic challenge for the U.S. in trying to enforce its sanctions.

Iran brushed off the decision, calling the sanctions “illegal” and played down its impact.

Earlier, Iran reiterated its long-running threat to close the Strait of Hormuz if the U.S. prevents it from using the crucial waterway in the Persian Gulf. About a third of all oil traded passes through the Hormuz Strait.

Left unclear is whether the five countries will face immediate American sanctions if they continue to trade with Iran.

Saudi Arabia promised to fill the gaps. Saudi Energy Minister Khalid Al-Falih said in a statement that his country would work with other oil producers “to ensure adequate supplies are available to consumers while ensuring the global oil market does not go out of balance.”