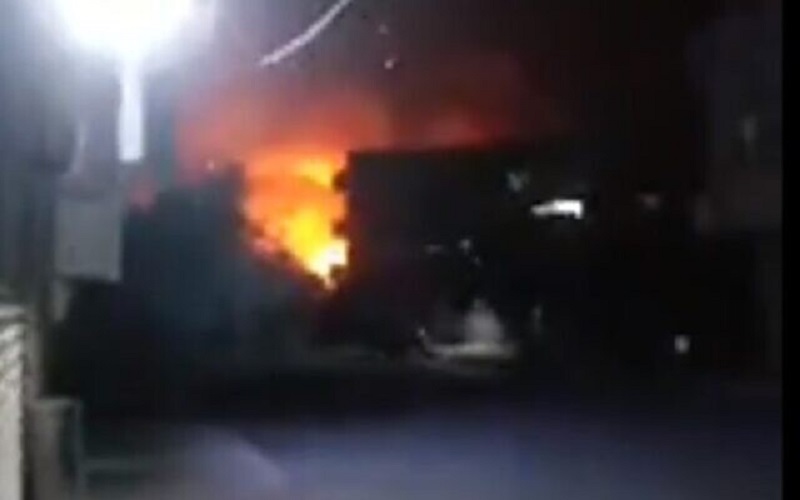 The Israeli war against the IRGC continues inside Syria as the Assad regime reported new Israeli strikes on southern, central and eastern Syria. The regime claimed it resulted in the death of two soldiers with no independent verification to confirm. The Assad regime did not report any casualties among IRGC and Iranian-backed terrorists occupying the country. .

However, Israeli news sites have reported at least 7 Iranian-backed terrorists died in the attacks.

The Syrian army said Israeli jets hit an army outpost in Salamiya and another in Sabura towns in the Hama province. It happened only hours after missiles struck other military installations in Deir al Zor province along the border with Iraq; as well as in southern Syria near the border with Jordan.

Earlier an army statement said several attacks occurred simultaneously. One at a military outpost in Kabajib, east of Deir Zor province and in the vicinity of the town of Sukhna in the nearby eastern desert. A third strike hit a military installation farther south in the town of Salkhad, near the southern city of Sweida. Two soldiers died and four were wounded.

The bases are in zones in eastern and southern Syria which Israel had hit in recent months. Both zones have a strong presence of Iranian-backed militias.

THE ASSAD REGIME IS EXPANDING IRANIAN PRESENCE IN SYRIA

A senior Syrian military defector and a regional intelligence source said an Iranian arms depot near the city of Salamiya was set on fire after it was repeatedly bombed. Further, the strikes damaged a command center in the town of Sabura run by Iranian militias.

Regional intelligence sources say Israel’s strikes on Syria are part of a shadow war that Washington has approved. It’s part of the anti-Iran policy that has undermined in the last two years Iran’s extensive military power. On top of debilitating sanctions Washington has levied against the regime in Tehran.

Israel has acknowledged conducting many raids inside Syria since the start of the civil war in 2011. Israeli defense officials have said in recent weeks Israel would step up its campaign against Iran in Syria. With permission from the Assad regime, Iran is expanding its presence in the war-torn country.