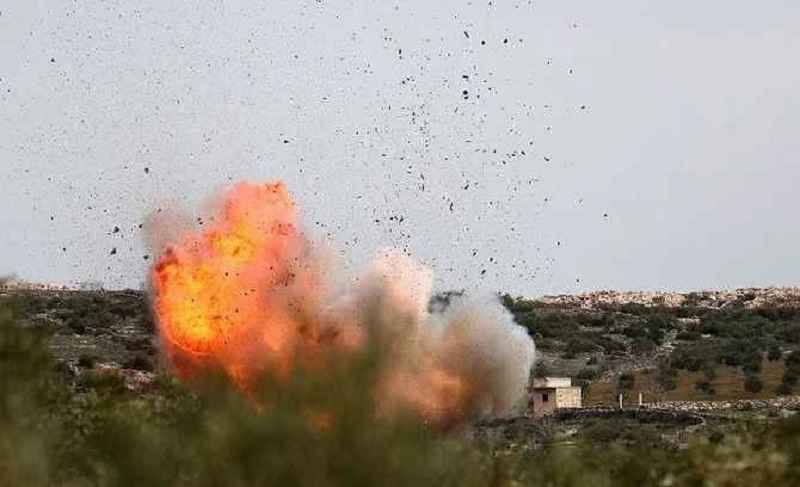 Assad Seeks to Start a New War with Israel

The Israeli military on Friday said its helicopters struck Syrian army targets in response to mortars fired toward the Israeli-occupied Golan Heights. Apparently Assad seeks to start a new war with Israel. The first one against his people has destroyed 70% of the country and bankrupted Syria’s economy.

A number of targets were struck, including SAF observation posts and intelligence collection systems located in SAF bases.

The strike came a few hours after the Israeli military said it heard blasts emanating from the Syrian-held area of the Golan Heights. Israel reported no casualties but the attack damaged a building and an Israeli vehicle.

WHEN IT COMES TO ISRAEL, HEZBOLLAH IS A BARKING DOG

Tension rose this week along the Israel-Syria frontier after Israel killed a Hezbollah terrorist fighter in an Israeli strike on the edge of Damascus.

The Israeli military said it has since boosted its forces on its northern front, where Israel borders Lebanon and Syria.

Hezbollah has deployed fighters in Syria as part of Iranian-backed efforts to support the sociopath Assad. The latter has been waging a brutal war against his won people for almost ten years. As a result, Assad hands are tainted with the blood of over 700,000 people.

Israel sees the presence of Hezbollah and its ally Iran in Syria as a strategic threat. It has mounted hundreds of raids on Iranian-linked targets there.

Assad Seeks to Start a New War with Israel