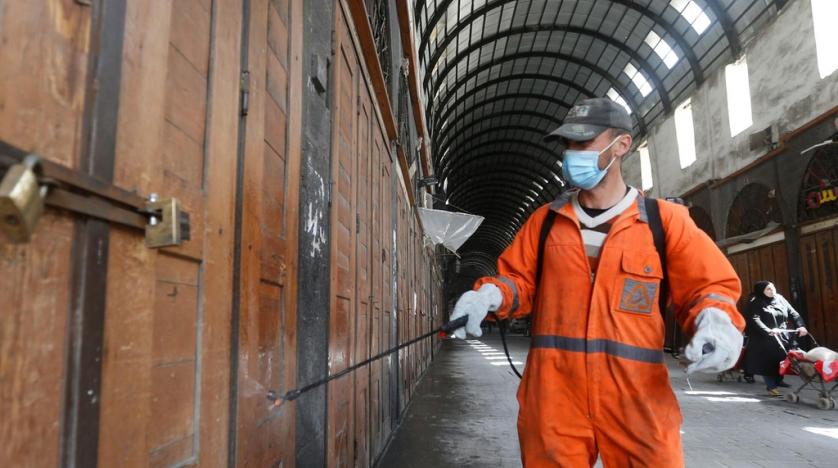 March 29, 2020 7:55 pm 0
Is the Assad Army Devastated by COVID-19 Infections?
Why Assad Dictated Only 19 Cases of Coronavirus?
Iranian COVID-19 Outbreak Mirrors the Secretive Outbreak in Syria

Syria’s health ministry said on Sunday that a woman who died after rushing her to a hospital for emergency treatment had been infected by coronavirus. It’s Syria’s first official death from the disease. Experts are predicting a major Syrian coronavirus outbreak, and the country is ill-equipped to handle it.

The fact the woman was unaware of her infection with COVID-19 is testimony to the lack of awareness at every level in Syria today. It is a fact that the Ministry of Health warnings and education come second to the Assad war propaganda machine. The majority of Syrians are unaware of what protective measures they need to take to stop the virus from spreading.

Syria also said its confirmed cases rose to nine from an earlier five cases, but medics and witnesses say there are many more. Officials deny a cover-up but have imposed a lockdown and draconian measures including a nationwide night curfew to stem the pandemic.

The moves to shut businesses, schools, universities, mosques and most government offices, as well as stop public transport, have spread fear among war-weary residents.

ALL OF SYRIA IS IN A PANIC MODE

Several cities saw panic buying, with residents saying they saw food shortages. It included a surge in demand that pushed up prices ahead of the start of the curfew. Assad regime henchmen control the food supply chain. From acquisition, to processing, to warehousing, and distribution.

The United Nations says the country is at high risk of a major outbreak because of a fragile health system devastated by a nine-year war; as well as lack of sufficient equipment to detect the virus, alongside large numbers of vulnerable people.

The World Health Organization has warned that the country has a limited capacity to deal with a rapid spread of the virus.

On Sunday, the army announced an end to a call-up of army reserves. It has already ended conscription in what military defectors said was an attempt to prevent the spread of the virus among the rank and file.

Opposition figures and independent politicians point to Damascus’ strong ties with Iran, the worst affected country in the region, as a source of possible contagion.

They say that members of Iranian-backed militias are transmitting the virus. They are fighting alongside the Syrian army. The risks increase exponentially when Shi’ite pilgrims visit shrines in Syria.

FREEDOM OF MOVEMENT BETWEEN IRAN AND SYRIA

Western intelligence sources say Iran’s proxy Shi’ite militias continue to cross the Qaim border crossing between Iraq and Syria. They have a strong presence across the country.

Thousands of Shi’ite pilgrims have been arriving in Syria to visit the Sayeda Zainab shrine in Damascus. It’s a neighborhood that also houses the main headquarters of the Iranian-backed militias.

Iraqi health officials confirmed on Sunday that returning Shi’ite pilgrims from Syria have tested positive for the coronavirus. This raised many concerns that such travel is a source for a wider spread of the disease.