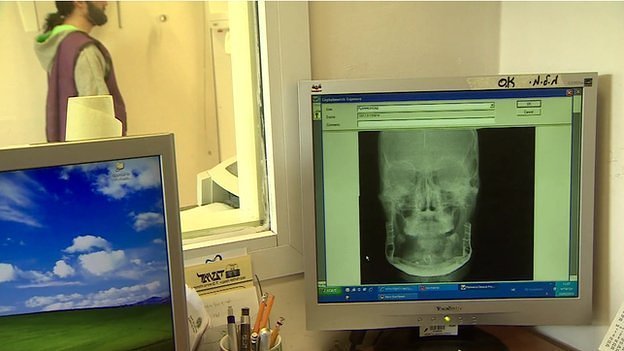 February 16, 2015 7:01 am 0
Israel Fighting the Real Terrorists in Syria
Everything Obama Does Points to One Obsession: Destroy Israel
Where was the Portland protest when Syria was slaughtering Palestinians?

It is not far, as the crow flies, from the battlefields of Syria to the bustling Israeli port city of Haifa.

But for one gravely injured young man, waking up after two days of unconsciousness, it was another world.

Mohammed is a young farmer from Deraa, where protests against President Bashar al-Assad began, back in 2011.

We are not using his family name, to protect his identity, but he is one of a growing number of injured Syrians receiving medical attention in Israel.

At least 1,500 Syrians have been treated so far, about 20% of them at Haifa’s Rambam Hospital, Israeli authorities say.

The Israeli military finds them in the Golan Heights, deposited on the Syrian side of the fence that marks the 1967 ceasefire line.

Israeli officials are coy about how the process works, but it is clear that a degree of co-ordination now surrounds both the arrival of the wounded and their eventual return after treatment.

But if Syrians are now a common sight in the wards and corridors of places like Rambam Hospital, Mohammed’s case is still remarkable.

He has benefited from a revolutionary medical procedure, and as he gets ready to cross back into Syria, he says he is determined to come back to Israel finish his treatment.

There cannot be too many Syrians who have made the journey twice.

Syria and Israel regard each other as enemies. A state of war has existed between them for decades.

When he arrived at Rambam Hospital, at the beginning of November, Mohammed was unconscious and barely clinging to life.

Some kind of projectile – he says it came from a Syrian military jet – had destroyed the lower part of his face, leaving a bloody mass of tissue.

As luck would have it, one of the hospital’s maxillofacial surgeons, Dr Yoav Leiser, had just returned from a fellowship in Germany, studying the groundbreaking field of Patient Specific Implants (PSIs).

His department boss, Prof Adi Rachmiel, told him to get to work immediately on Mohammed.

Three months later, his face has been reconstructed and he can talk, thanks to a titanium lower jaw, forged on a 3D printer, using cranial measurements to estimate the size of his missing bones.

The laser heats and fuses titanium powder, one layer at a time.

The first such transplant was performed in the Netherlands in 2011, but this was the first time it had been seen in Israel.

Other patients are waiting in the wings.

The farmer from Deraa, who said he felt fear when he first woke up to find himself in Israel, now has nothing but praise for his doctors.

And on the day he was preparing to be taken back to Syria, he told me he was planning to return to Haifa, in six months, to have new teeth implanted, enabling him to eat solid food and complete his rehabilitation.

That night, we later learned, Mohammed was escorted back to Syria, to give his family the surprise of their lives.

There had been no contact for three months. They probably did not know if he was alive or dead.

As the war approaches its fifth year, it is likely many other wounded Syrians will make the same unusual journey.

GCC Widen Sanctions Against Hezbollah
What Leverage Does Turkey Have Over Barack Obama?
The Architect in the White House
Support U.S. Allies 152 Things That Matter 382