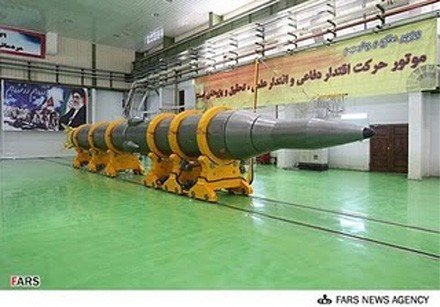 January 12, 2015 6:11 am 0
Suddenly, the US Air Force is David and the Israeli Air Force is Goliath
So Much for Assad’s Iron Fist
It is about corruption, fiscal irresponsibility, oppression, and political correctness

Because of the Qusayr secret nuclear site uncovered recently in Syria, our allies may be facing their own Bay of Pigs and their own Syrian missile crisis.

When two weeks ago, Manaf Tlass, a Syrian army general who defected in 2012, told al-Arabiya that “Assad sold Syria to Iran“, he was hardly exaggerating. If any, Tlass may have undersold the reality of the Iranian occupation of Syria.

Quoting from the Ynet article:

According to the official, Abu Muhammad al-Bitar, the Free Syrian Army noted the presence of Iranian officers and “unprecedented” Hezbollah security in the area.

Al-Bitar then provided his opinion on that activity in what is now Little Iran:

“What can be confirmed is that what’s going on there is happening under direct Iranian supervision and the Syrian regime is only a cover-up for this”.

Sold is really an understatement. Syria is now Little Iran.

That Iran would build another secret nuclear facility under the nose of Barack Obama is not the issue here (We all know where the appeasement of Iran is heading). The real problem is Iran expanding its hooves print in the region, thus expanding its threats by building, owning, and possibly firing a nuclear device as far away from Tehran as possible.

An attack from Syria, by supposedly a Syrian violent ruler, will be answered by a strike against Syria, not Iran. Do you see the similarities between the Cuban Missile Crisis and the threat facing Israel and Saudi Arabia in the region? Iran does see its own Bay of Pigs in the Syrian Uprising it has long accused the West of fomenting.

We all know how President Kennedy responded to the Cuban Missile Crisis. Let us see if this President thinks the similarity of threats to our allies is worthy of him missing a golfing game.

The danger of an Iranian nuclear site in Syria cannot be underestimated. Obviously, it threatens Israel, US strongest ally; but more than that, it threatens Syria because the country becomes a target of more violence. As if Assad has not created enough in the Little Iran he permitted under his watch.

In the meantime. as the region implodes in slow motion, our President pretends his negotiation skills are the answer to convincing Ayatollah Khamenei of his folly; the same Khamenei who refuses to respond to Obama’s appeasement letters.

Maybe we should start training community organizers to break down doors just in case we elect another one who keeps knocking when no one is home.