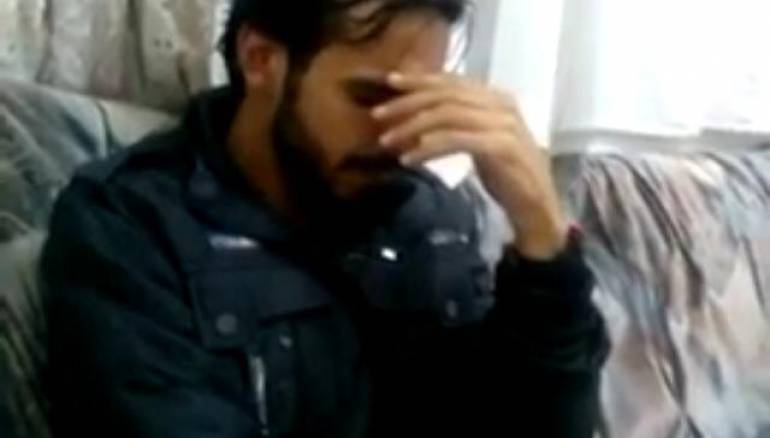 Syria’s Bashar al-Assad, has been challenged to spend a night in a Syrian refugee camp, as bitter winter conditions in makeshift camps claimed the lives of at least four people over the weekend.

The plea to Assad was made in a video by the Syrian actor Ehab Yousef, who was filmed stripped down to a vest and shorts and covered in snow in order to highlight the plight of millions of refugees displaced by the civil war in Syria, now struggling to cope with unusually harsh winter storms.

Adapting the charity ice-bucket challenge, Yousef urged Assad to “come out from your hideout and show support for the people who are dying in the refugee camps”.

Yousef – who had snow piled on to him from a bucket before he poured ice water over his head – urged Assad to spend a night with his children in one of thousands of makeshift camps in Syria and neighbouring countries. “Think of us when you are warm,” he told Assad.

A week of winter storms has brought unrelenting winds and heavy snow to much of the region, including Lebanon where the UN’s refugee agency says 144,000 people are currently living rough in some form of tented structure.

Four died in Syria over the weekend due to bitterly cold temperatures, according to the British-based monitoring group the Syrian Observatory for Human Rights. Its director, Rami Abdel Rahman, said one of the victims was a baby girl in southern Aleppo.

All the victims, also including a one-year-old girl in a southern Damascus district, lived in areas under opposition control, where shortages of food, heating and medical equipment are rife, it said.

In neighbouring Lebanon, at least two Syrian refugees died last Wednesday due to plunging temperatures and lack of heating. The winter storms have also hampered relief efforts as key roads have been blocked with snow, according to Unicef.

In Jordan, the UNHCR said the storms caused havoc at the massive Za’atari camp – home to 85,000 Syrian refugees.

“This storm has had a big impact on refugees here, and it’s making their daily lives even harder,” said UNHCR’s Nasreddine Touaibia.

“Being in a camp is already not a comfortable situation, so if you add to it this extreme weather – strong winds, rain and snow – the situation now is pretty bad.”

EhabYusef is a well known young actor/comedian in Syria. Here is a video of him mocking Salloum Haddad, a pro-Assad fellow actor.

It is likely, Assad will respond to this challenge by hunting down Ehab as a lesson for others never to dare him ever again.

Jumblat at STL: Assad Showed Hostility towards Hariri before Becoming President
So much for Kerry’s agreement to strip Assad of Chemical Weapons
All arrows on Assad
Assad Genocide 429 Radicalism 567