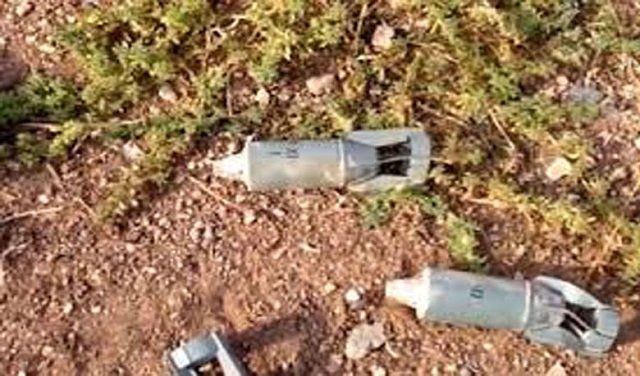 October 14, 2012 10:17 am 0
If the Alawites Want the Assads, They Could Have Them
Syrian Youth: The Fight Within
Alawites Demand the Execution of Suleiman al-Assad

A new Human Rights Report asserts the Assad regime is dropping Cluster Bombs in the areas where the regime is engaged against the FSA. A Cluster bomb has a higher diameter of destruction because it disperses smaller bombs across a wide area. Assad using Cluster Bombs against civilians.

In 2008, a new convention adopted a new Cluster munitions protocol it called DIPLOMATIC CONFERENCE FOR THE ADOPTION OF A CONVENTION ON CLUSTER MUNITIONS. Besides the language protecting civilians, Article 5 of the Protocol called “victim assistance” states:

“Each State Party with respect to cluster munition victims in areas under its jurisdiction or control shall, in accordance with applicable international humanitarian and human rights law, adequately provide age- and gender-sensitive assistance, including medical care, rehabilitation and psychological support, as well as provide for their social and economic inclusion that ever nation must.”

The destruction of Syria is a deliberate act of the Assad regime, his family, and the thugs that stand by him. It is preparing the landscape for a weaker Syria in case the Alawites have to flee for the Sahel region.

With every action Assad is taking, it is compromising the whole nation and its own future. Not far behind are the Wahabbis, the Islamists, the Salafists, and the fundamentalists happy to gain control over Damascus as an alternative toÂ MakkaÂ and Medina al-Saud are in control of. Damascus is the first Sunni Capital under the Omayyad.

What Damascus will offer these groups is legitimacy to spread extremism.

Meanwhile, those policy makers and executives in the White House could not be less concerned about what is happening in Syria. They never understood the Middle East and never will.

Did Assad Threaten to Gas Other Countries?
Syria Real War Will Start After Assad
One Syria for All, All Syrians for One
Assad Genocide 405