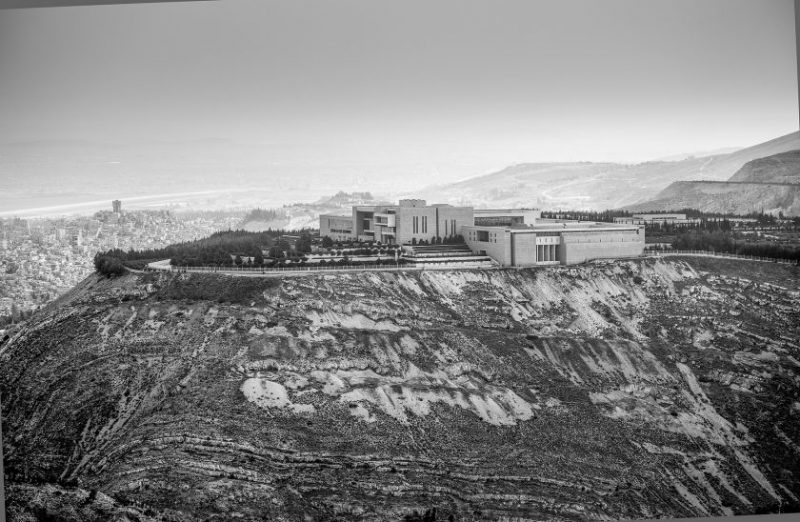 As goes the security of Israel, so goes the security of neighboring countries if they are at the forefront of terror against the Jewish State. Therefore, it came as no surprise when Israel issued a threat against the Assad regime for harboring Iranian IRGC terrorists planning to use Syria as a launching pad for their twisted ideology. Israel threatens bombing of Assad palace is just the beginning of a long 2018 in which we will see more Israeli attacks inside Syria.

When Israel threatens bombing of the palace where Assad resides, it is sending a message of how serious it takes the Iranian threat. Now that ISIS has been defeated, Assad stands to lose more than his honor.

The Jerusalem Post published the article below in which it details the threat an Israeli official issued against Baschar al-Assad, the butcher of Damascus, for allowing Iran to build military installations near its borders that threaten Israel.

Here is the article in full.

A senior Israeli official warned the Russian government that if Iran continues to extend its reach in Syria, Israel will bomb Syrian Bashar Assad’s palace in Damascus, according to reports in Arab media.

Israel also warned that if serious changes do not happen in the region, Israel will make sure the ceasefire deal, reached by the United States and Russia in Astana, Kazakhstan, will be nullified.

A senior Israeli source told the Al-Jadida newspaper that no understanding was reached between the Israelis and the Russians. Prime Minister Benjamin Netanyahu did, however, make it clear to Putin that its concerns must be met or Israel will be forced to act.

The warnings occurred in a meeting between Netanyahu and Russian President Vladimir Putin last week.

The prime minister, accompanied by Mossad head Yossi Cohen, the newly appointed head of the National Security Council, Meir Ben-Shabbat, and Likud minister Ze’ev Elkin who served as his translator, flew to Sochi on the Black Sea for the meeting, returning to Israel shortly after it ended. This is Netanyahu’s fourth trip to Russia in the last 16 months, and his sixth meeting with Putin during this same time frame.

Netanyahu said the majority of his discussions with Putin focused on the situation in Syria. He said the reason he wanted to hold talks now with the Russian leader was because the situation inside Syria has changed very rapidly over the last few weeks.