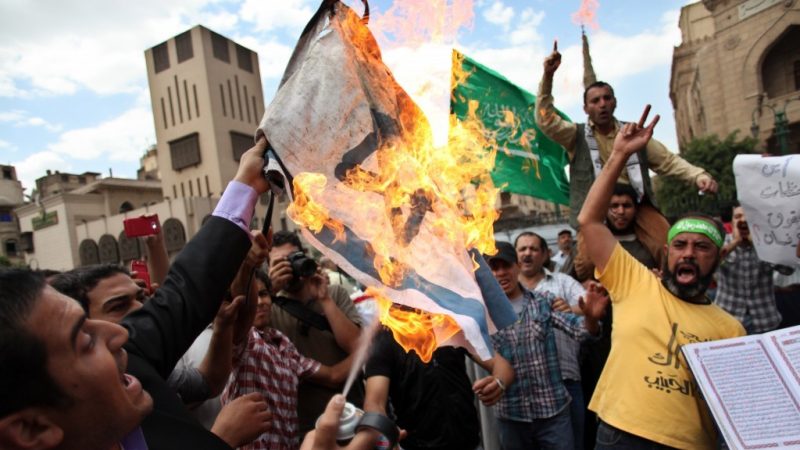 Once Again, the Islamists Win Under Obama

March 19, 2013 12:42 pm 0
1000 Russian Muslims joining ISIS to fight in Syria and Iraq
Ketchup in a Carpet Bazaar Do not Go Well Together
Russia Says 4 Soldiers Died in Syria. Multiply This Number by Five

The Syrian opposition has selected Ghassan Hitto to lead the first post-Assad government as its prime minister. Hitto is a US born naturalized citizen and a Syrian. He won by 3 votes over a Ba’athist. Once Again, the Islamists win during the era of the Obama Administration.

Hitto is also a member of CAIR and an Islamist in the Muslim Brotherhood who happens to be Kurdish, which is oxymoronic because the Kurds are far more inclined to be liberals than religious and when they are religious, they follow Sufism, a more tolerant school in Islam.

Does Benjamin Rhodes, President Obama’s foreign policy advisor on the Middle East, understand what this means for the Syrian minorities? We doubt he cares at all. As long as Israel is in his eyesight, Ben Rhodes is a happy peacocok.

Unless the aim is to keep Assad in power, this non-interference in Syria at every level has destroyed Syria physically and soon socially by allowing an organization, the Muslim Brotherhood, that cannot muster 5% of the votes in Syria rule the country indefinitely.

From a cocooning Ottomanism to a harsh French Mandate to the pro-Soviet terror of Assad to an expected Islamist repression of our society. Syria has not had a good break since WWI except for a brief period after the French Mandate ended in 1946, which the Soviets quickly turned to their advantage by bringing to power Hafez al-Assad.

Could this vote for an Islamist PM for Syria be Obama’s gift to the Israelis prior to his visit this week? Shame on those who say barack Obama is pro-Israel.

Syria is folding under the weight of non-interventionism and opportunism. How it will fare is as predictable as Obama reducing the U.S. debt now ballooning out of control. Repression ruling over ruins, be it the one Assad gave us with barbarity, or the one the new PM will be unable to fix, will utterly fail.

Once Again, the Islamists Win Under Obama