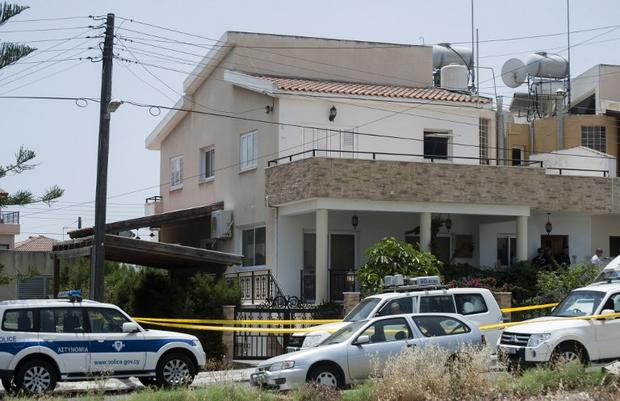 A Lebanese-Canadian will stand trial in Cyprus on terror charges after 8.2 tons of fertilizer that can be used for bomb making was allegedly found in his home, police said Friday.

Authorities believe the man, whose name is being withheld in conformity with the law, has links with the military wing of Hezbollah terror.

This is the same Hezbollah terror the Obama Administration has removed from its terror list.

Foreign Minister Ioanis Kasoulides said during a visit to Israel this week that the authorities believe they have thwarted a possible attack on Israeli targets on the island.

Coincidentally, the same day the suspect appeared before a court in the southern coastal city of Larnaca, the town was preparing for a mass wedding ceremony of 70 Israeli couples.

The 26-year-old appeared under heavy guard for a hearing held behind closed doors for “national security reasons.”

He will stand trial June 29 on charges including conspiracy to commit a crime, participation in and supporting a terrorist organization plus illegal possession and transfer of explosive materials. Hezbollah terror unapologetic.

The charge sheet covers a period from 2012 until May 27 of this year, police spokesman Charalambos Zachariou told reporters, with a prosecution line-up of 70 witnesses.

The official Cyprus News Agency said the man has confessed to belonging to Hezbollah terror but did not divulge what the fertilizer was for or what the possible targets might have been.

Police said the man arrived in Cyprus on May 21 for what he described as a holiday. He was arrested in a Larnaca suburb six days later following a surveillance operation.

Media say the authorities have not ruled out that he was planning an attack on Israeli interests on the island, which attracts thousands of tourists from nearby Israel every year.

Israel also has an embassy in the capital Nicosia.

Cyprus is not known as a center for militant activity despite its proximity to the Middle East and a poor security reputation in the late 1970s and 1980s.

The last major terror incident was a botched bomb attack on the Israeli embassy in 1988, which killed three people.

Authorities refused to speculate or divulge further information, only saying it is a “very serious case” and “nothing is being ruled out”.

Police are looking for the landlord of the house the suspect was staying at and where the material was found, after he claimed the fertilizer was not his.

The suspect also had 10,000 euros in his possession when caught.

A second Lebanese arrested in connection with the case has been released without charge.

In 2013, a Cypriot court convicted a Lebanese-born Swede who admitted he was a Hezbollah member. He received a four-year jail term after being found guilty of targeting Israelis on the island.

Not only ISIS recruits the world over, Hezbollah terror does too. No difference between the two terror organizations.