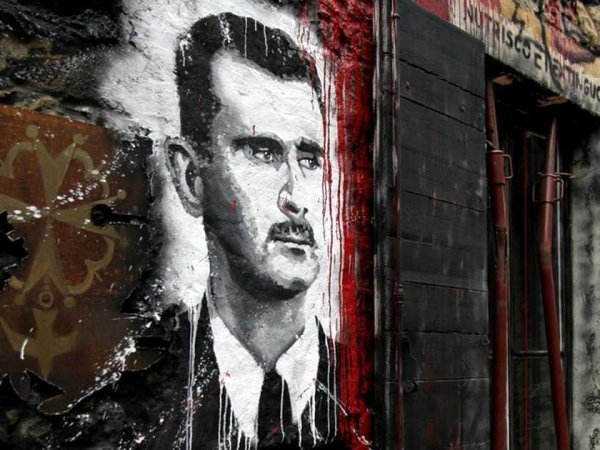 In the Oscar-nominated movie “Birdman“, Sam tells her father Riggan that he should face it because he does not matter anymore. In real life, this is what Asma should tell her husband Baschar al-Assad, Governor of Syria, now Iran’s 32nd province.

Assad still helping ISIS and Obama is not about to let this blow in his face, so my guess Obama has muzzled the intelligence. Never in a million years will this administration publicize any Iranian or Syrian activities to undermine U.S. allies or power in the region. Obama has pegged his whole presidency on a defective foreign policy imperative and it is obvious he will not want that defect to be exposed.

We should never forget that it was Assad who forged ISIS to begin with. ISIS was the distraction Assad urgently needed to suppress any western appetite for Syrian regime change. With Iranian help, ISIS has succeeded beyond anyone’s imagination. Today, its brand of terror is equal to none.

As such, any calls by Assad to defeat ISIS, like the one he just made to King Abdullah II of Jordan, are nothing but a con job. These are but Iranian mating calls and only desperate wannabe brides respond to them.

This could also be the reason why Barack Obama is not so enthralled to decimate ISIS, which requires him to do more than prickly airstrikes. Assad wants ISIS to survive and Obama wishes for no boots on the ground in Syria. The two minds meet so eloquently as partners if only ISIS is weakened enough not to cause such an uproar, but remains strong enough to keep our eyes off Assad and Khamenei the terrorists and their nuclear program.

The cooperation between the Assad regime and the Obama administration is significant. They both share the same airspace, which means both their “command and control” talk to each other to avoid any mishap. They also both share the desire for the US to stay at home. Since decimating ISIS through air strikes alone is a pipe dream, the Assad regime is willing to accommodate US strikes to show a political position contrary to the real one it embraces showing the absolute necessity of Assad still helping ISIS remain a threat.

As I said in an earlier Blog “ISIS will go if Iran says so“.

For a diversionary tactic, ISIS is a dream tool to deflect the attention away from Syria and Iran, from their nuclear programs, and more importantly from regime change. Assad, with Iranian help, forged ISIS for a reason.

You better believe Assad still helping ISIS and Obama may be repressing the intelligence.