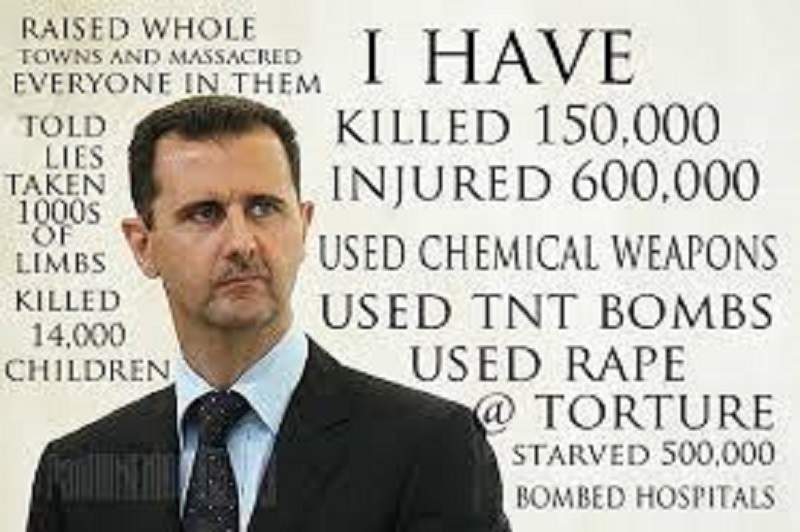 Impeachment Prompts Assad to Threaten US

Syria’s Foreign Minister Walid al-Moualem on Saturday demanded an immediate withdrawal of all U.S. and Turkish troops from his country and warned that Syrian government forces had the right to take countermeasures if they refused. Impeachment prompts Assad to threaten the US with violence and terror.

The United States has around 1,000 troops in Syria. Turkey has also launched military incursions into northern Syria against the Kurdish YPG fighters. Both countries are tackling Islamic State militants, which Assad fostered in the first place.

Al-Moualem said during an address to the annual gathering of world leaders at the United Nations in New York:

Any foreign forces operating in our territories without our authorization are occupying forces and must withdraw immediately. If they refuse, we have the right to take any and all countermeasures authorized under international law.

U.S. President Donald Trump last year ordered the complete withdrawal of U.S. troops from Syria. However, later he realized how important to leave some forces behind to ensure that Islamic State militants cannot stage a comeback.

The U.S. intervention in Syria began with air strikes in September 2014 under Trump’s predecessor Barack Obama.

ASSAD WANTS TO TERRORIZE ALL SYRIANS

The United States and Turkey have started joint land and air patrols along part of Syria’s border with Turkey. But Ankara remains angry with Washington’s support for the YPG, which has been a key U.S. ally in fighting Islamic State in Syria.

A crackdown by Assad on pro-democracy protesters in 2011 led to civil war. When he began to lose grip, Assad released and empowered Islamic militants to show the world what Syria’s future holds.

Assad, with help from Russia, began a campaign of decimating the pro-western liberal Free Syrian Army that was gaining grounds against his regime.

Assad’s forces and Putin’s air force have been waging an offensive in the Idlib region in the country’s northwest. Idlib is too close to Assad stronghold in the Sahel region.

Russian and Syrian forces have targeted civilians in northwest Syria. Both have bombed schools, hospitals, and markets where Syrian civilians have died in large numbers.

Impeachment Prompts Assad to Threaten US